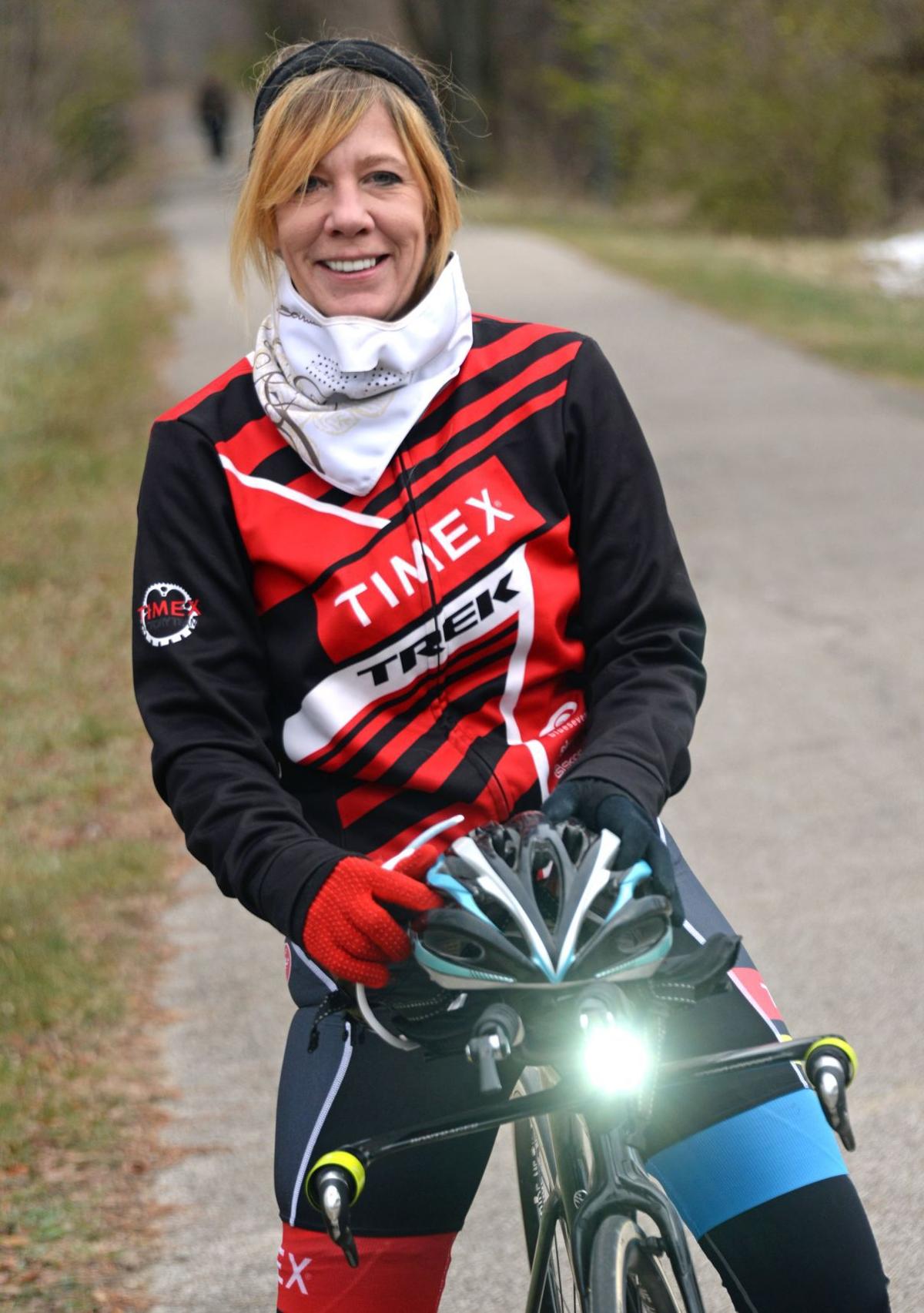 Thursday Gervais is training to ride in the Trans-Siberia Extreme 2017, a 5,700-mile bike ride spread over 24 days. 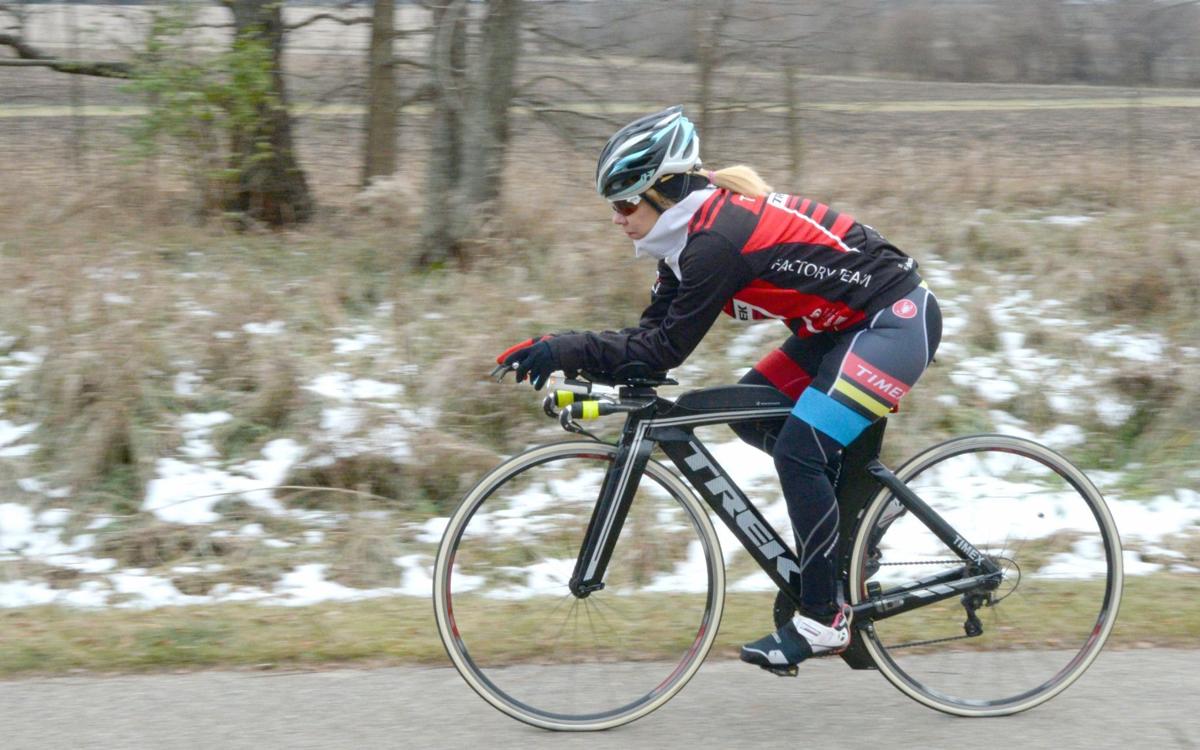 Gervais bikes about 500 miles a week. She will be ramping up her workouts as the ride gets closer. 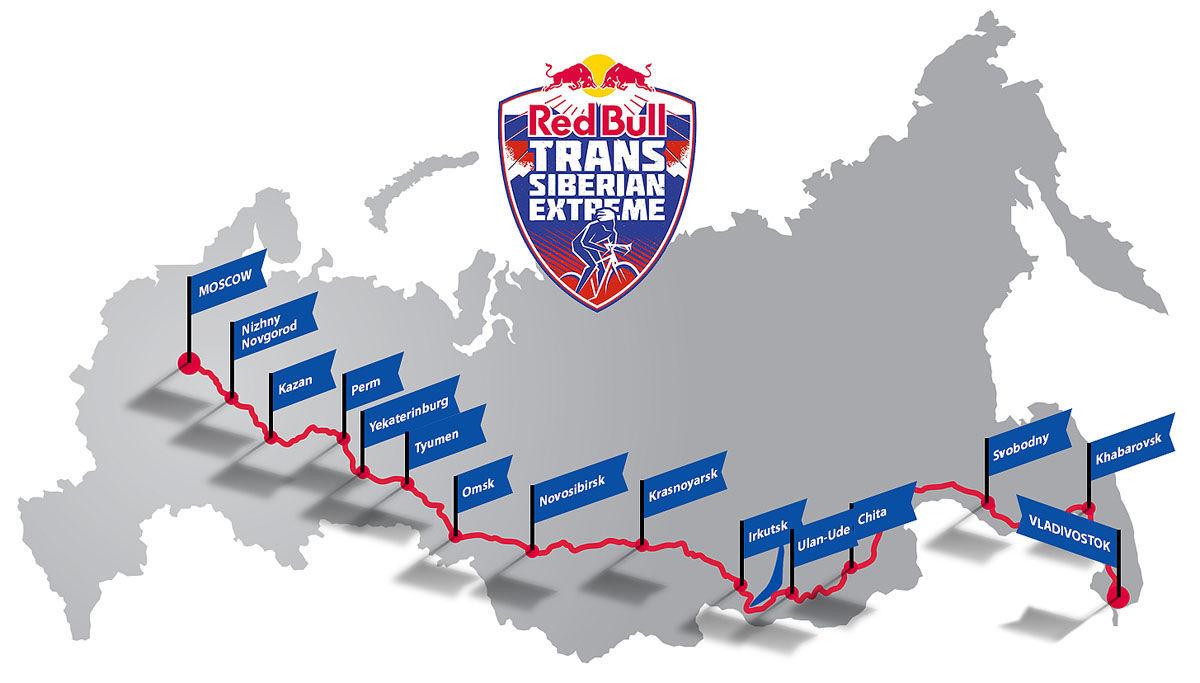 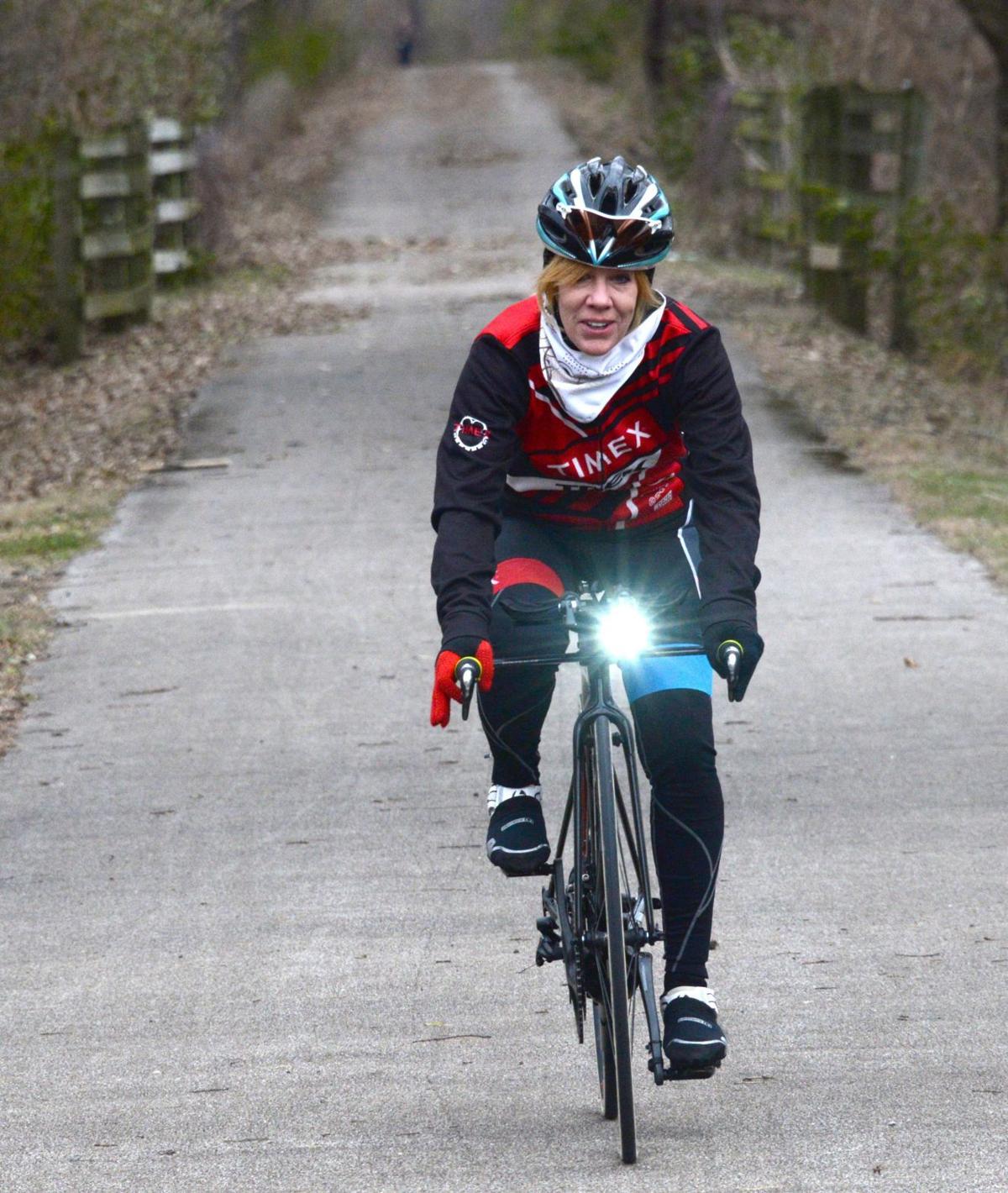 Gervais, a local artist and cancer survivor, rides on Constitution Trail in Bloomington on Dec. 9 to train for the ride in Russia. 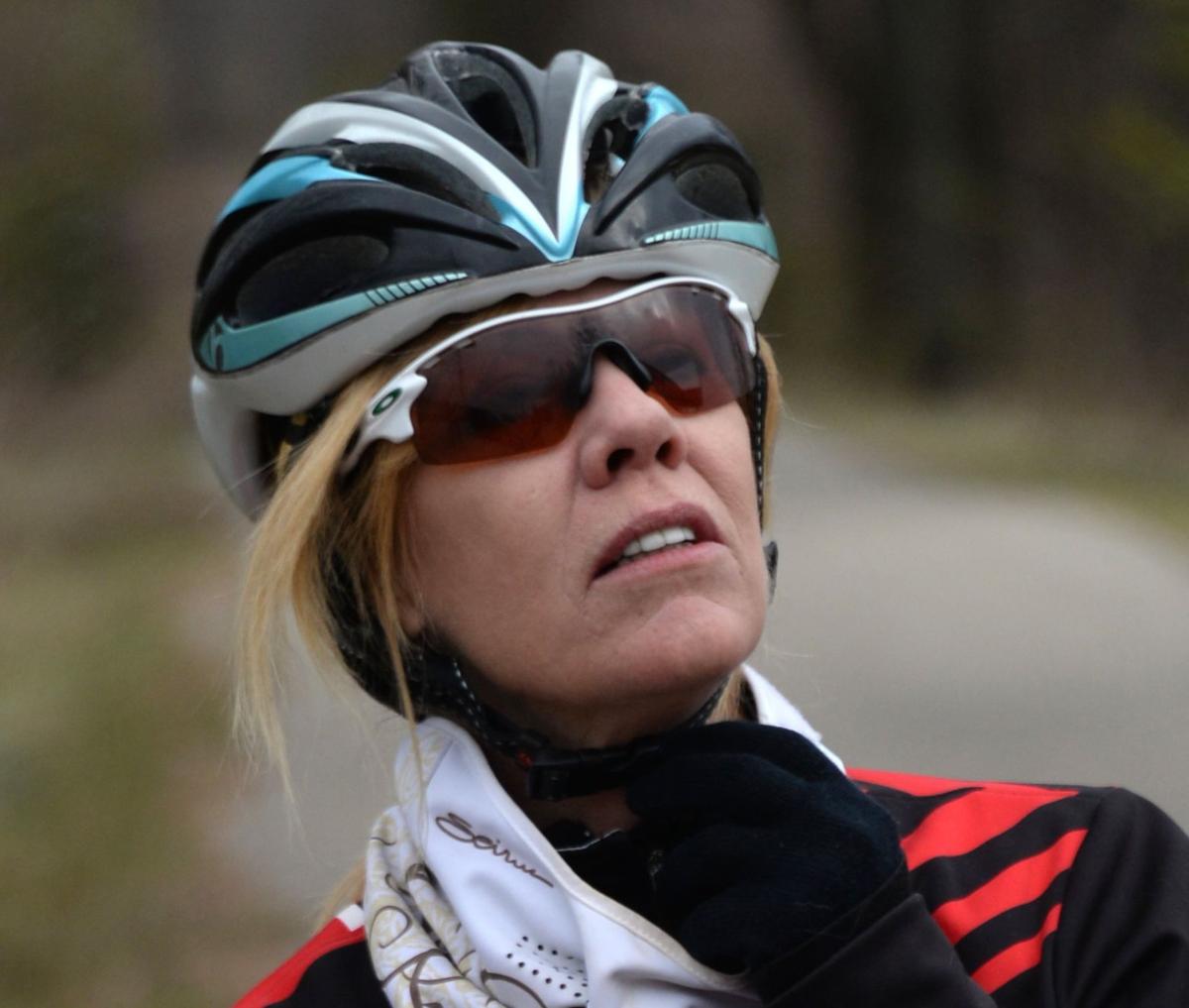 Gervais bikes in cold weather to prepare for the race in Siberia.

BLOOMINGTON — It wasn't just the bitter wind chill that had Thursday Gervais thinking about Siberia as she biked down Constitution Trail on a cold December day.

Next summer, Gervais, a Bloomington artist and ultra-distance cyclist, will be riding across Russia in the Red Bull Trans-Siberian Extreme race.

Even though the 24-day, more than 5,700-mile race is taking place in July and August, Gervais knows not to expect balmy temperatures.

“Their motto is, 'Expect the unexpected,'” she said.

It can be as hot as 104 degrees during the day and as low as 41 degrees at night, Alexander Shestiperov, one of the race organizers, said via email.

The race crosses five climate zones, seven time zones, the Ural mountains and four of the longest rivers in the world.

Last year, only three of the six solo riders completed the race. All were men. In fact, “No woman has ever raced as a solo rider,” said Shestiperov. Gervais will be the first.

But she is used to overcoming challenges.

Four years ago, Gervais went through a battle with ovarian cancer.

“If I can beat that, I can beat just about anything,” she said, “so why not bike across Russia?”

Gervais has used cycling to recover her health.

She has competed in both triathlons and cycling events, but her current focus is on ultra-distances. The 47-year-old won her age group in the 2015 24-hour World Time Trial Championships in Borrego Springs, Calif. She is a member of the Timex/Trek Multisport Team.

Long-distance riding gives her “peace of mind,” she said. “I like the challenge on myself. I like the goal.”

Riding across Russia in 2017 wasn't her first choice. The Race Across America “was going to be my baby step” on the road to Russia, she said. But when Gervais contacted organizers of the Trans-Siberian Extreme about the 2018 race, they offered her the opportunity to race in 2017, so she took it.

“I might not get that chance again,” she said, noting, “I'm not getting any younger. … I'm trying to fight it (getting older) on my bike.”

Shestiperov said the organizers have been following Gervais for a long time, mainly via social media.

“She seems to be strong as well from (a) sports point of view as well as mentally,” he said.

Gervais said, “One of my big goals is to try to get more women into cycling the ultra distances.” She also will be working to raise awareness and money for the National Kidney Foundation.

Her race manager, Denile Hill, has had two kidney transplants. She met Hill through a Trek certified mechanic course.

Her training includes long rides on her bicycle both outside and inside on a “trainer” -- a device that attaches to the back wheel of the bike.

Gervais goes to bed at 9 or 10 at night and is up at 3 or 4 in the morning to ride. On a typical day, she rides for four to six hours, she said.

"You have to train for sleep deprivation," said Gervais. "It's not about speed."

Being a self-employed artist — her paintings, mostly oils, are displayed in a Chicago gallery — gives Gervais the flexibility she needs for training.

When riding indoors, she often uses a Zwift training program, which she described as a computer cycling game where you are racing against other people in real time. She also listens to music, watches videos, reads on her Kindle or listens to books on tape to pass the time.

“I train outside every chance I can,” she said. “Cold training is what's going to be key for me.”

Sometimes she will ride on a trainer at Vitesse Cycle Shop in Normal for a change of scenery.

Josh Favus, an assistant manager at Vitesse, noted, “It's going to be a long winter for her.”

Doing something like the Race Across America would be difficult enough, said Favus, but with international travel, language barriers and unfamiliarity with the area, “it's even more extreme — just like the name says.”

In addition to training on the bike — sometimes riding for 24 hours — Gervais also does strength training with resistance bands, yoga, planking and squats.

Gervais is riding about 500 miles a week for now, she said, but “as I get closer to spring, I will bump that up quite a bit more.”

The race will be done in 14 stages. The longest is stage 12, nearly 850 miles, and Gervais said “it's haunting me already.” Her goal is to complete that stage with 60 straight hours of riding.

“In the last half of the race are the hardest climbs and the longest distances,” said Gervais. “You run the gamut of emotions. You question and doubt yourself when you're out there.”

She knows from previous experience that the key will be to “try to erase off the negativity out of your head.”

The entry fee is 19,500 euros — nearly $21,000 at current exchange rates. For that fee, racers will have a van provided with two drivers. There also will be a doctor to check on riders daily and a truck with food following riders.

Gervais is seeking sponsors and has set up a GoFundMe page.

Favus, who has known Gervais for a few years, said of her upcoming adventure, “It's pretty unbelievable — something I would never try to tackle. But she seems up to it.”

Participants in the Red Bull Trans-Siberian Extreeme will arrive in Moscow on July 15. Organizers describe the race as “The longest, the toughest, the most extreme bicycle stage race in the world.”

Competitors: The “early bird” list has 11 competitors from eight countries. More might be added. Thursday Gervais is the only woman.

In late 2020, Axel Riordan was diagnosed with a rare genetic disorder called metachromatic leukodystrophy. The disease affects the body's cells, causing symptoms that can include muscle rigidity, seizures and loss of vision.

Nearly 500 cases of COVID-19 have been confirmed in the first 10 days of September.

A day after announcing a total of 119 cases confirmed over three days, the McLean County Health Department on Tuesday reported 109 new COVID-19 cases in the past 24 hours.

Watch now: Over half of McLean County kids ages 12-17 vaccinated

The air ambulance and a team of four pilots, 10 flight nurses and paramedics and two mechanics will now be based 24 hours a day, seven days a week in Bloomington, from a hangar at the Central Illinois Regional Airport.

Vaccination clinics are back at Grossinger Motors Arena in downtown Bloomington — at least temporarily.

Sugar Grove Nature Center and surrounding Funks Grove is a magical place with recreated prairie, woodlands, a creek and a children’s play area that lives up to its name: Imagination Grove.

While many health and fitness classes, activities and meetings have been postponed because of the COVID-19 pandemic, others continue virtually or in person using social distancing guidelines. Here are upcoming events.

For a break in the action, consider this story

Thursday Gervais is training to ride in the Trans-Siberia Extreme 2017, a 5,700-mile bike ride spread over 24 days.

Gervais bikes about 500 miles a week. She will be ramping up her workouts as the ride gets closer.

Gervais, a local artist and cancer survivor, rides on Constitution Trail in Bloomington on Dec. 9 to train for the ride in Russia.

Gervais bikes in cold weather to prepare for the race in Siberia.