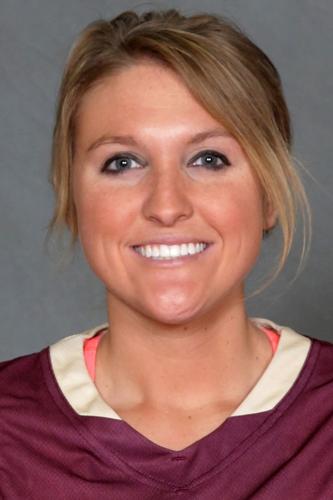 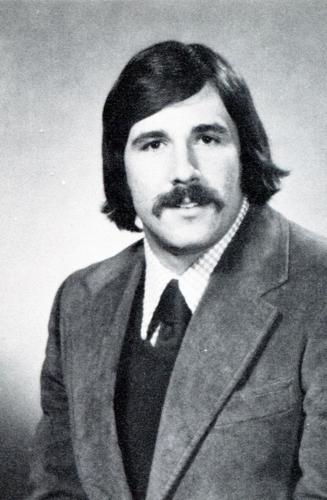 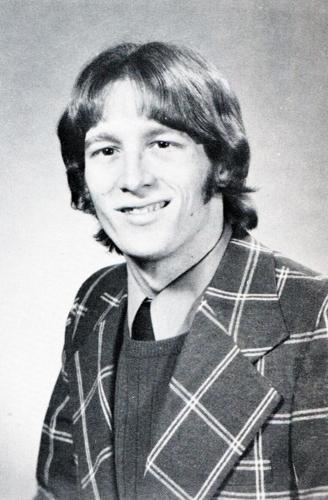 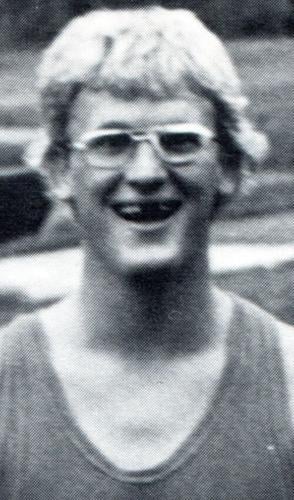 The Class of 2022 will be officially welcomed into the Hall of Fame on Homecoming weekend. The induction ceremony will take place inside Becker Auditorium on Saturday, Sept. 24 at 10 a.m.

Caldwell was a four-year member of the Eureka College swim team from 1973 to 1977. His 100-yard freestyle time of 51.02 seconds in 1977 remains the fourth-fastest in Eureka history.

After graduating from Eureka in 1977, he earned a master's degree from Illinois State University and went on to have a decorated career as a high school swimming and water polo coach. He was a 20-time Sectional Coach of the Year, leading teams or individuals to 23 sectional titles, 15 conference championships, 69 state finals appearances and 255 preliminary state preliminary swims.

Meek was a four-year member of the Eureka women's basketball team. She ranks in the top 10 in program history in seven statistical categories, three of which she sits in the top five. Meek is third all-time in field-goal percentage (.525), third in rebounds (878) and fourth in free-throw percentage (.786). She's also sixth in field goals made (490), sixth in points (1,213), ninth in scoring average (13.5) and ninth in free throws made (231).

At Eureka, Meek was a three-time All-SLIAC selection, including a First Team choice in 2014-15. She was also a finalist for the Josten's Trophy in 2014-15, awarded to the most outstanding NCAA Division III women's basketball player based on three criteria: basketball ability, academic ability and community service.

Her individual accolades came with team success. Meek's Red Devils went 21-5 on the season in her freshman year and finished second in the SLIAC. By her career's end, she had gone 52-25 in SLIAC play and 68-36 overall. She also played two seasons for Eureka volleyball, appearing in 46 matches and racking up 201 kills, 71 digs, 69 total blocks and 32 service aces, and was a member of the tennis team.

Weith was a four-year all-conference member of the swim team. He owns school records in 1-meter and 3-meter diving, and he qualified for the NAIA District 20 swimming finals as a senior.

In addition to his swimming success, he established school track and field records in the long jump and triple jump and was a member of the golf team. A retired Lt. Col. Sheriff, Weith was a longtime contributor to various civic and volunteer programs.

White was a three-year football starter for the Red Devils. A two-time all-conference honoree, he was the co-captain of the 1974 team. He was also a member of the 1975 Hall of Fame Eureka golf team.

After graduating from EC and earning postgraduate degrees from Illinois State and West Georgia, White began a long career in education, teaching and coaching at Lincoln Elementary, Manual High School and Fulton County Schools in Georgia, among other places.

The 2016 football team finished 8-2 and made it to the Upper Midwest Athletic Conference championship game. It tied for the third-best single-season record in program history and remains one of only six Red Devil squads to win eight games or more. The team started a three-year run of consecutive conference championship appearances for the program.

A 36-year-old man was arrested Saturday morning after police said he stole a delivery van.

Police said an 18-year-old resident of the Twin Cities was shot twice in the leg, and received a third grazing wound. Detectives say they're actively investigating.

5 children, 2 adults die in wrong-way crash on I-90 in northern Illinois, authorities say

Lauren Dobosz, 31, of Rolling Meadows, and five children, all in a Chevrolet full-size van, were killed, according to Illinois State Police. The children were ages 5 to 13.

Two months after "American Idol," Leah Marlene is adapting to the new reality of her music career — and staying true to herself.

It happened at 8:39 p.m. Friday at Hershey Road and Clearwater Avenue.

The Sheriff's Department said a Marenga man was operating a custom late model Corvette drag car and lost control on the track while racing and struck a concrete wall.

“If you violate children in this way, you will spend the rest of your life in prison,” Judge Casey Costigan said.

Gene's Dairy Delight, 1019 S. Main St. in Bloomington, is this week's pick for Eats of the Week.