Become a Member
Read Today's E-edition
Share This
A Chicago drag legend celebrates his 80th birthday with showgirls, sequins and a few hundred of his closest friends
0 Comments
Share this

There were cocktails and spotless white table linens, ball gowns and sequined bikinis.

There were proclamations from politicians, toasts, standing ovations, musical tributes — and even, as the evening wore on, what appeared to be an open-ended marriage proposal for the man of the hour.

At the center of it all was an affable 80-year-old Chicagoan in tan trousers and a knit shirt, who made his way to the stage with the help of a cane.

“Where I come from, with 13 kids in public housing, I never thought I would have this many friends in the room on my 80th birthday,” he said, suddenly choking back tears.

Flint, who built a Midwestern drag dynasty from a tiny gay bar in River North, is the owner of the 52-year-old Baton Show Lounge — home of the longest-running drag show in the city — and the founder of the national Miss Continental pageant for female impersonators.

The Baton, now in Uptown, has drawn stars such as Joan Crawford, Madonna, Janet Jackson and Rock Hudson — a good friend who used to invite Flint to stay in his California home when the Chicago drag impresario was in town.

In the 1970s and ‘80s, transgender performers from the Baton broke barriers with interviews on the Phil Donahue Show and Oprah Winfrey.

But the crowd at Flint’s birthday bash Tuesday night at the Park West in Lincoln Park, wasn’t just there to celebrate a local drag icon; there were friends from Flint’s days as a nationally recognized leader in LGBTQ sports. There were hipsters in black and leopard-print, towering beauties in form-fitting evening gowns, and middle-aged men in polo shirts and baseball caps.

There were pals from Flint’s life as a die-hard Cubs fan, friends from his youth in Peoria and politicians old enough to remember his 1985 run for county commissioner.

“Jim’s candidacy wasn’t treated very seriously, but he got votes in every single ward, as an openly gay candidate and owner of a drag bar — in the 1980s,” said Tracy Baim, co-publisher of the Reader and co-author of the 2011 book, “Jim Flint: The Boy from Peoria.”

“That is a phenomenal achievement that really woke up a lot of the (LGBTQ) community, as well as the mainstream political world, about how gay people and our allies are everywhere.”

Friends describe Flint as a larger-than-life figure who used to perform drag himself as Felicia, a fun-loving roller-skater with a knack for twirling a flaming baton. He’s a fierce competitor, according to those who know him from the LGBTQ sports world.

Suzanne Arnold, a former assistant commissioner of the Windy City Athletic Association and a longtime friend, recalled him as a force of nature, mingling in the stands at LGBTQ softball tournaments, firing up the crowd and yelling at umpires.

“Heaven help the person that stands in his way, and I mean that in the best and most loving way,” said Harrison McEldowney, show director and stage manager for Miss Continental.

McEldowney said contestants come from all walks of life and that Flint will go to bat for any of them, over anything they need: “He’s a phenomenally dedicated and devoted person, and the kind of person you would want to have your back, and to have as a friend.”

Flint’s hardscrabble childhood in Peoria is detailed in Baim’s book: Born in 1941, the fourth of 13 children of a mechanic and a short-order cook, he worked as a shoeshine boy in grade school, and his family moved to public housing when he was in sixth grade.

He came out to his mom as gay at age 14, and moved out of his parents’ home at 15, unwilling to conceal his sexual orientation from his dad. In high school, he was a drum major and won election to student council, before dropping out because the principal objected to his clothing and manner. He joined the Navy at 17, according to Baim’s book.

After his military service, he gravitated to Chicago, where he made a name for himself as a bartender. This was in the days when police still raided gay bars, mobsters found ways to siphon off their profits, and newspapers published lists of those arrested in police raids, ruining careers and destroying marriages.

Flint was arrested in police raids more than 16 times, according to Baim’s book. A lawyer helped him expunge his arrest records after defending him in a particularly onerous case. Then, in 1969, he started a bar of his own in River North. With the Baton struggling in the early days, he assembled a makeshift stage out of plywood and beer cases, and held his first drag show. By then, he was performing as Felicia, his roller-skating drag alter ego.

To promote his fledgling drag show, he strapped on his skates and went out onto Clark Street, twirling his baton and backing up traffic for up to three blocks, he said. Potential customers took notice, and business got a bit better.

But the real turning point came when Phil Donahue came to see a Baton show and asked Flint if some of his performers would appear on Donahue’s TV talk show.

Rock Hudson came to Baton shows, and became a good friend, Flint said. Once, Flint accompanied Hudson and some friends to a leather bar in Los Angeles, and when a police raid began, Flint helped throw coats over Hudson, successfully concealing him from the cops.

Joan Crawford was another of Flint’s favorite customers: “I loved Joan. She used to come and visit me all the time, and I’d always take her to the Drake Hotel. She loved the Drake, and I used to be a server at the Drake.”

Janet Jackson, who would spend hours with the performers, was another star customer. Chris Farley once offered to dance with Flint, saying, “You can tell everyone you danced with Chris Farley.” Flint, always quick with a quip, was ready for him:

“Sir, you could tell everybody you danced with Jim Flint.”

Sam Coady, founder of the Coady Roundball Classic LGBTQ basketball tournament, said he was struck by Flint’s willingness to grow and adapt to a changing world.

The Miss Continental pageant was groundbreaking when it started in 1980: a major drag pageant that included transgender women, albeit with some restrictions that have since been lifted.

But then Flint went on to add contests for mature and plus-size queens, as well as male entertainers.

“It’s pretty amazing,” said Coady, “He’s always willing to reach out, always looking for something new to expand, to grow into.”

Houston performer Dina Jacobs, who was hired at the Baton in the 1970s, said she never would have had the career she has today if it weren’t for Flint.

“I don’t care what anyone says. Jim Flint is the one who started this in 1969,” Jacobs said. “He’s iconic and everybody knows it. He did it all. Some of us just noticed.”

Millions of people have been impacted by Flint, Baim said, both through the Baton performers’ talk show appearances, and through the Baton itself: “The people in that audience and on that stage were affected. He affected individuals’ life trajectories and he affected the world.”

Flint, for his part, isn’t resting on his laurels. He still goes to work every day at 10 a.m., and loves to sit at the door on Friday and Saturday nights, greeting every customer. He still has his baton, and every once in a while, he’ll take it out and give it a twirl.

Nominations for the 2022 Grammy Awards were announced Tuesday. Here's a list of nominees in top categories.

Much of the music industry was rocked when the coronavirus pandemic swept across the globe, but that didn't stop this group of artists.

Ronnie Wilson, founding member of The Gap Band, dies at 73

Ronnie Wilson, founding member of R&B group The Gap Band, known for songs such as "You Dropped a Bomb on Me" and "Outstanding," has died at age 73.

ABBA releases first album in 40 years: It's a lot of ballads

ABBA is back with its first album since 1981. Ballads dominate on "Voyage," but it does nothing to tarnish the group's legacy as global hitmakers.

Celebs dressed to the nines to attend Fashion Awards in London

Celebs dressed to the nines to attend Fashion Awards in London 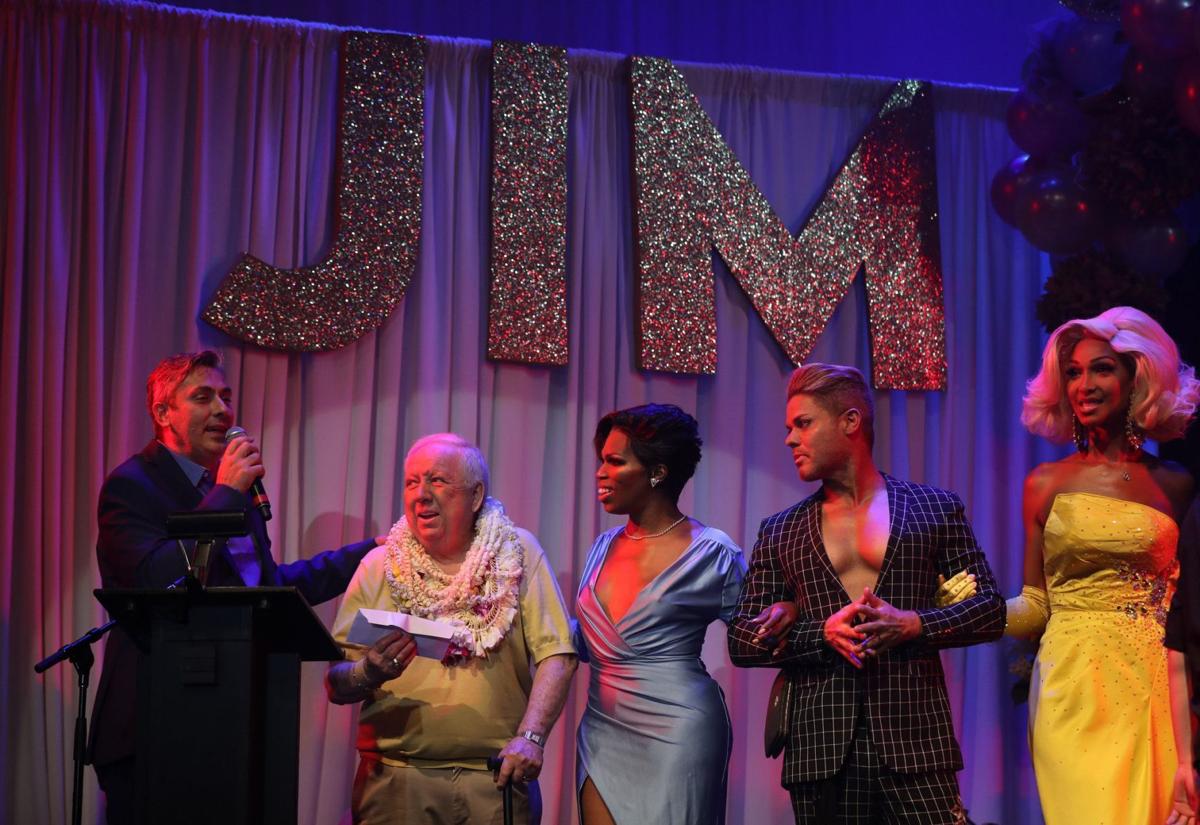 Chicago drag pioneer Jim Flint, second from left, is honored during an 80th birthday celebration for the Baton Show Lounge owner at Park West on July 27, 2021. 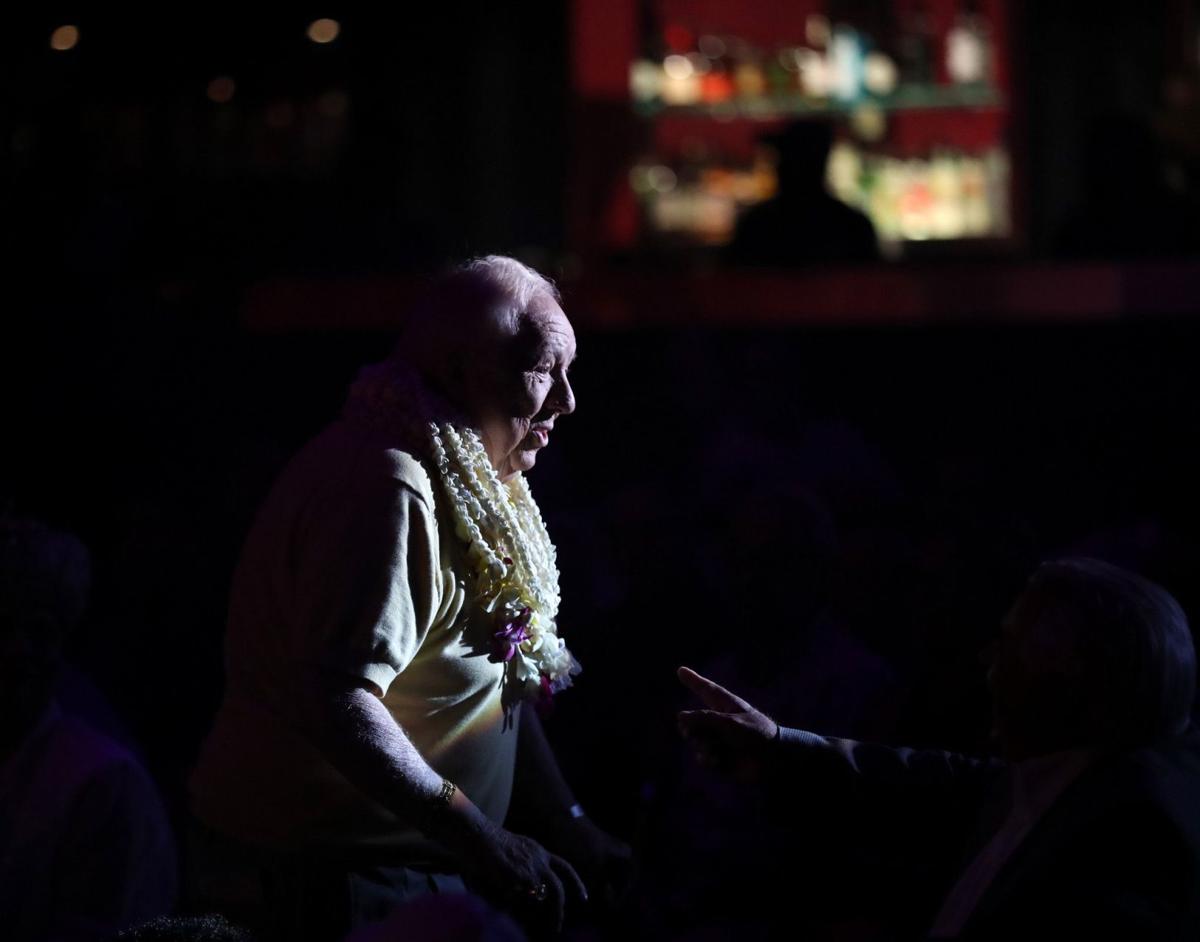 Chicago drag pioneer Jim Flint walks through the crowd while being honored during an 80th birthday celebration for the Baton Show Lounge owner at Park West on July 27, 2021. 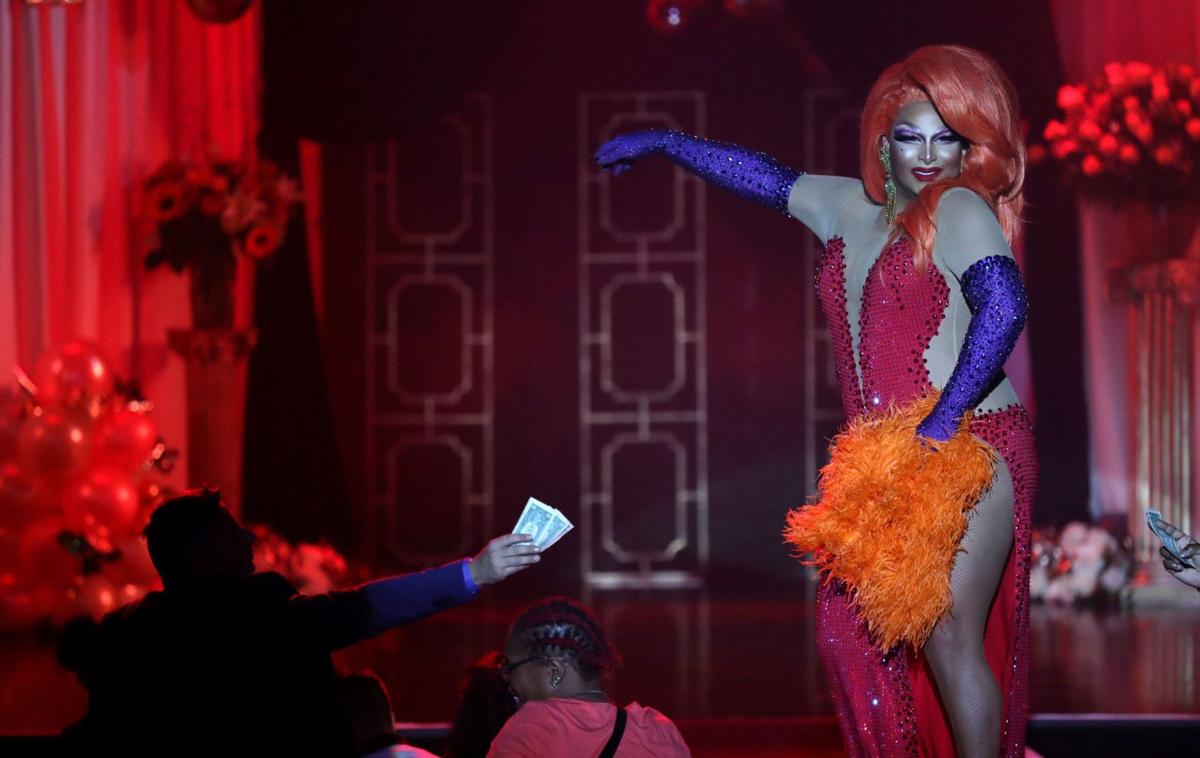 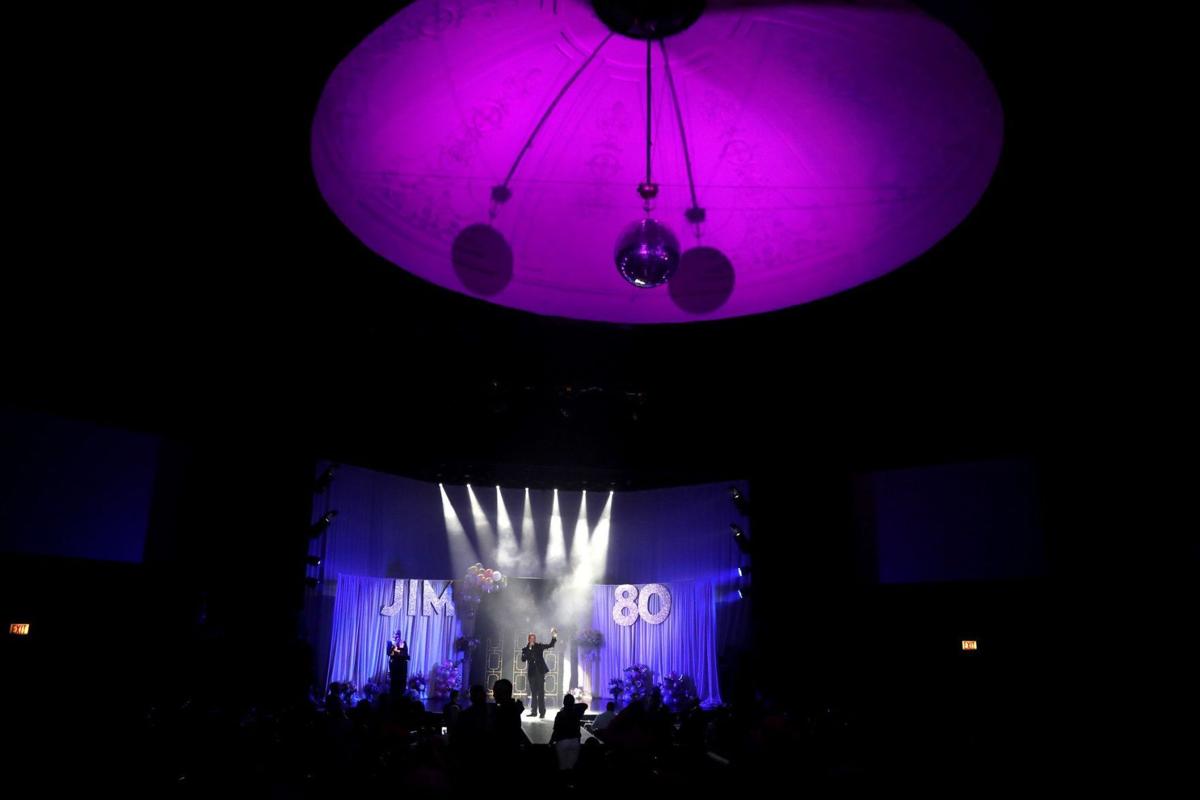 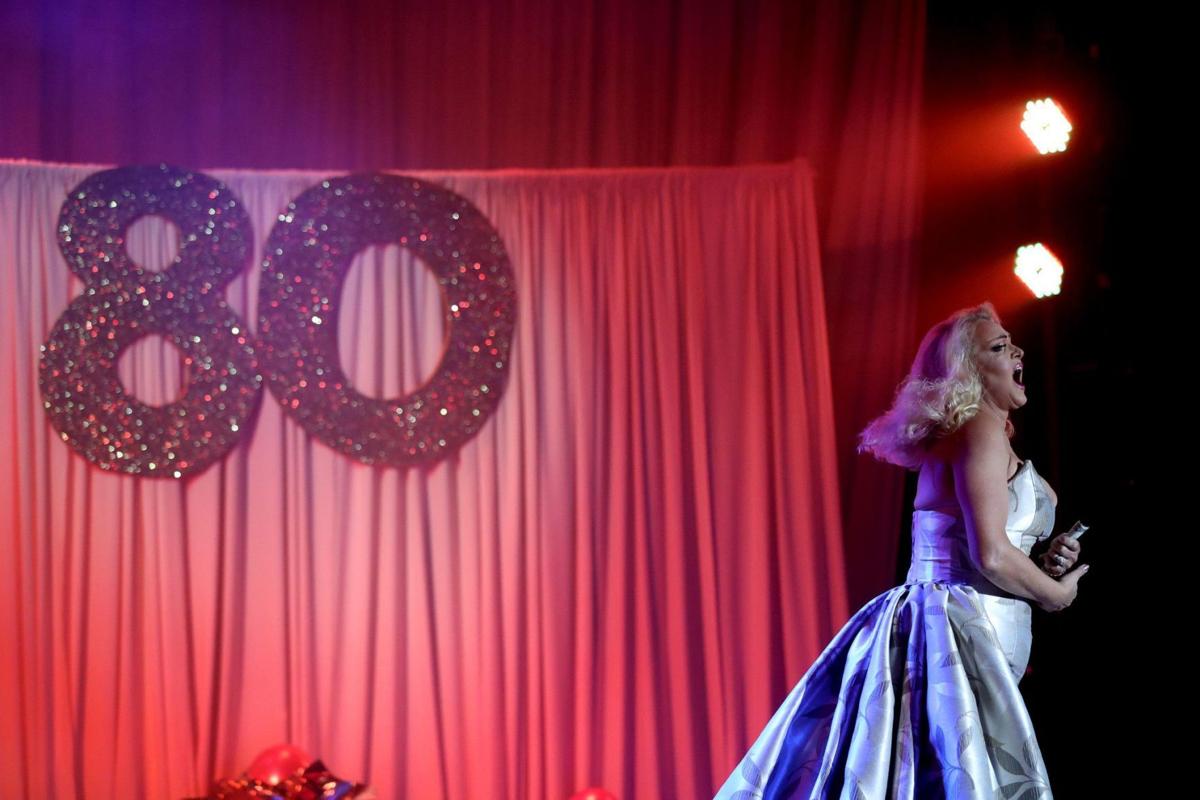