BLOOMINGTON — The stone floors of Ewing Manor were covered in delicate rose petals, played host to a masquerade ball, and were home to a pair of French lovers this week while a local opera company spent 10 days filming its first movie.

“I love stories about very strong, empowered women, and I love opera that teaches us something about ourselves and about our place in the world and where we’re at,” she said.

“La traviata” tells the story of Violetta Valery, but for this film, soprano Madison King played the role as Violetta Valery Ewing, pulling in the history of the manor and its patroness, Hazle Buck Ewing.

“Her whole life she was a lover of music and particularly opera,” said Toni Tucker, director of the Ewing Cultural Center. “So when they built this house, it was built acoustically for singers, and she would have choirs come in and line the stairway and sing to her guests as their entertainment.”

Koch said she was inspired by Ewing and channels her on the hard days of filming. They’ve added certain elements to the film that play homage to Ewing, like incorporating a harpist and using the settings and furniture in the house.

In between filming, the company has been preparing for a separate show on Saturday, when they will perform Rossini's “The Barber of Seville” at 7 p.m. in the Heartland Community College Auditorium.

MIOpera’s new home will be at HCC’s auditorium after having a season of shows canceled last year.

“People are just getting back in their groove, back into performance, singing, trying to find a new normal, and opera movies might become the new normal if this pandemic continues,” Koch said.

Taking opera from the stage to the screen has been a new experience and a new challenge for Koch and her husband John, who is general director of their company, MIOpera.

“There’s something about live stage performance that a movie just doesn’t capture. Hearing the voices in the theater live resonating off your body and feeling that visceral reaction to the voice — it’s lost a little bit in translation of the movie,” Tracy Koch said. “But I think that we’re able to capture that in this situation, I really do. Making it more modern and accessible to people, you know.”

A dream sequence, complete with rose petals cascading from above, gave King and her co-lead Carl Rosenthal the opportunity to dress in historical and elaborate costumes, but the majority of the film was brought to modern day.

Rosenthal, who plays Alfredo Germont, said performing for a camera instead of an audience has given him the chance to focus on a different side of acting.

“On the operatic stage, bigger is better — it has to be,” he said. “You have to play to the last row, but here, at least as an actor, I’m exploring some more subtle movements and facial expressions that wouldn’t read on the stage but will definitely read in this movie.”

Ewing Manor brings its own life and energy to the film, Koch and the actors said.

“It’s amazing. It’s like taking what you would envision on a stage, but making it a lot more real,” King said. “You can just feel the energy from the house and I think that takes a little bit of the place of the audience, too. Because we usually get a lot of energy from the audience watching, but here we’re getting a lot of the energy just from being on a very specific place.”

To fully embrace the Bloomington setting, they also filmed on location at Evergreen Memorial Cemetery this week when Alfredo visits Violetta’s gravesite.

Local talents also made the film work behind the scenes. Donald Wiggins of UpLift Productions ran the camera; and Trish Nesby and Angelia Nott of Arrive Men’s Salon did hair and makeup for the actors.

The film adaptation will be released Oct. 1 when the Ewing Cultural Center will host an outdoor showing behind the manor. Tickets will be available starting Sept. 1. The rain date for the show will be Oct. 2.

“So not only do you get to see the movie and hear the music and see the story, you get to sit and look at the house where it happened,” Koch said. “Talk about immersion, an immersion of art and culture.”

After the first showing, "La traviata" will play in local movie theaters before it is available on the MIOpera YouTube channel.

The Heartland Community College Foundation will receive a $5,000 grant from the company behind McLean County’s planned wind farm.

Saturdays on The Square is hosted by Pantagraph Media, The Castle Theatre and the City of Bloomington. All concerts are held on the museum square, 200 N. Main St. in downtown Bloomington, with seating starting at 6 p.m. and music at 7 p.m.

In just a year the museum has taken significant strides to maintain and restore the building, including a $600,000 bathroom renovation and restoration of its original light fixtures that first started seven years ago.

Carle Health is among latest local health systems that will require its employees get vaccinated against COVID-19. The requirement is "effective immediately," according to a news release Friday.

Watch now: Inside the big move-in Monday for these Illinois State students

Yonathan and Yael Bar-On made a stop at Red Raccoon Games on Monday, returning to Bloomington two years after he taught Israeli and Palestinian students as part of Friends Forever International.

Gwyneth Paltrow cut back on alcohol after battling Covid-19 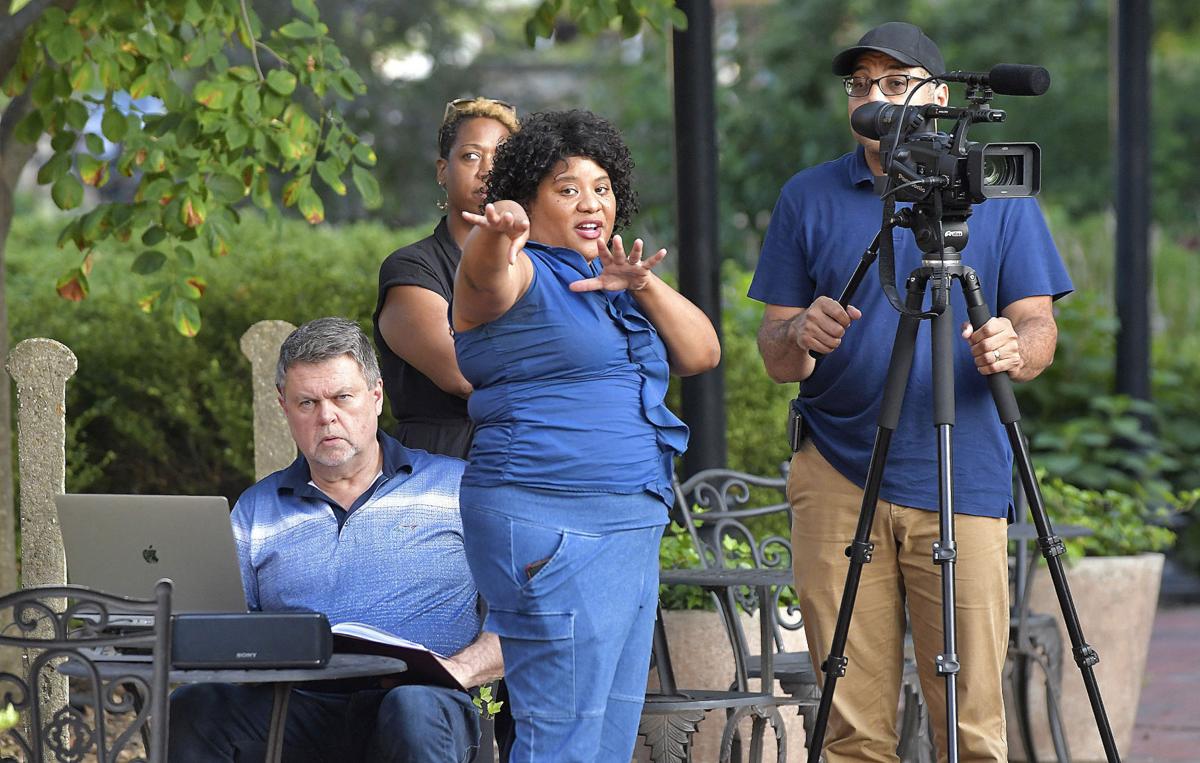 MIOpera artistic director Tracy Koch, center, and her husband, John Koch, left, general director, work with cameraman Donald Wiggins as they choreograph a scene for their movie based on the opera "La traviata" by Giuseppe Verdi at the Ewing Cultural Center on Monday. 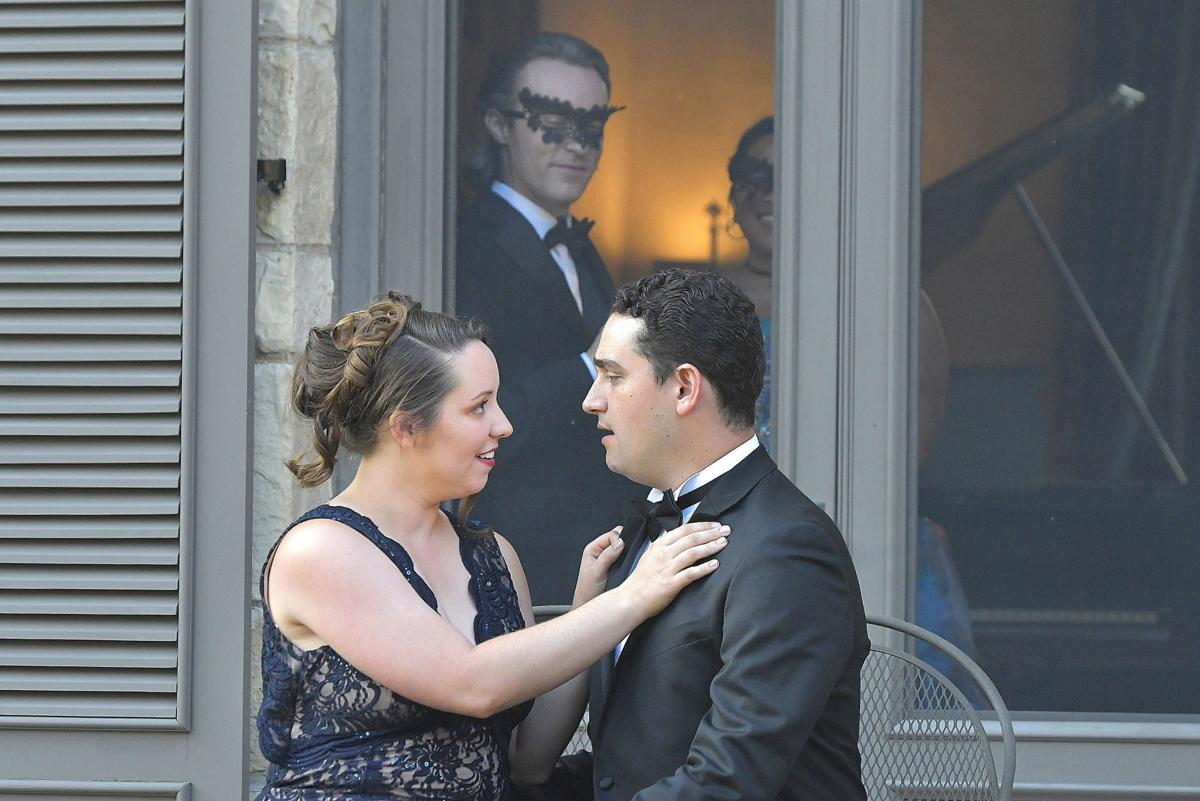 Madison King, left, plays Violetta Valery Ewing and Carl Rosenthal plays Alfredo Germont as they sing a romantic song during the filming of the company's movie presentation of the opera "La traviata" by Giuseppe Verdi at the Ewing Cultural Center on Monday. 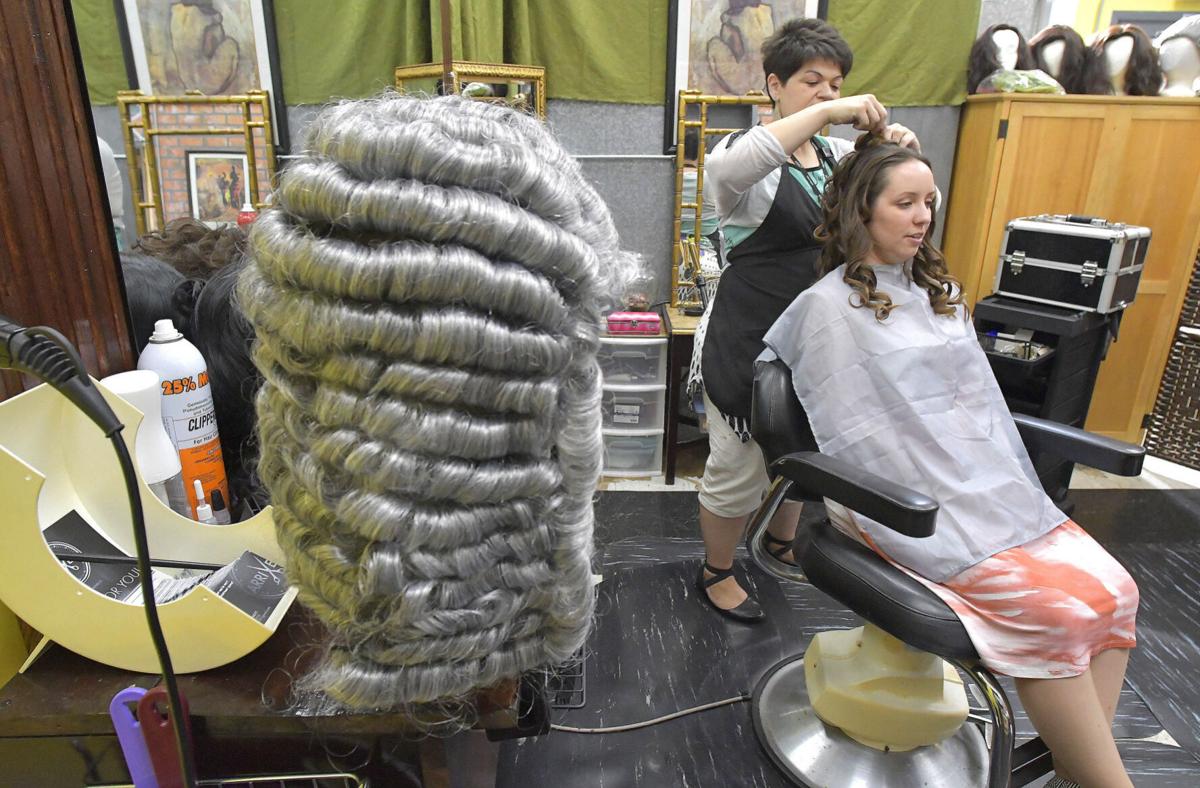 Working in the studio at Arrived Men's Salon in downtown Bloomington on Monday, stylist Angelia Nott makes up Madison King, who plays Violetta Valery Ewing in the MIOpera-produced movie based on "La traviata" by Giuseppe Verdi. 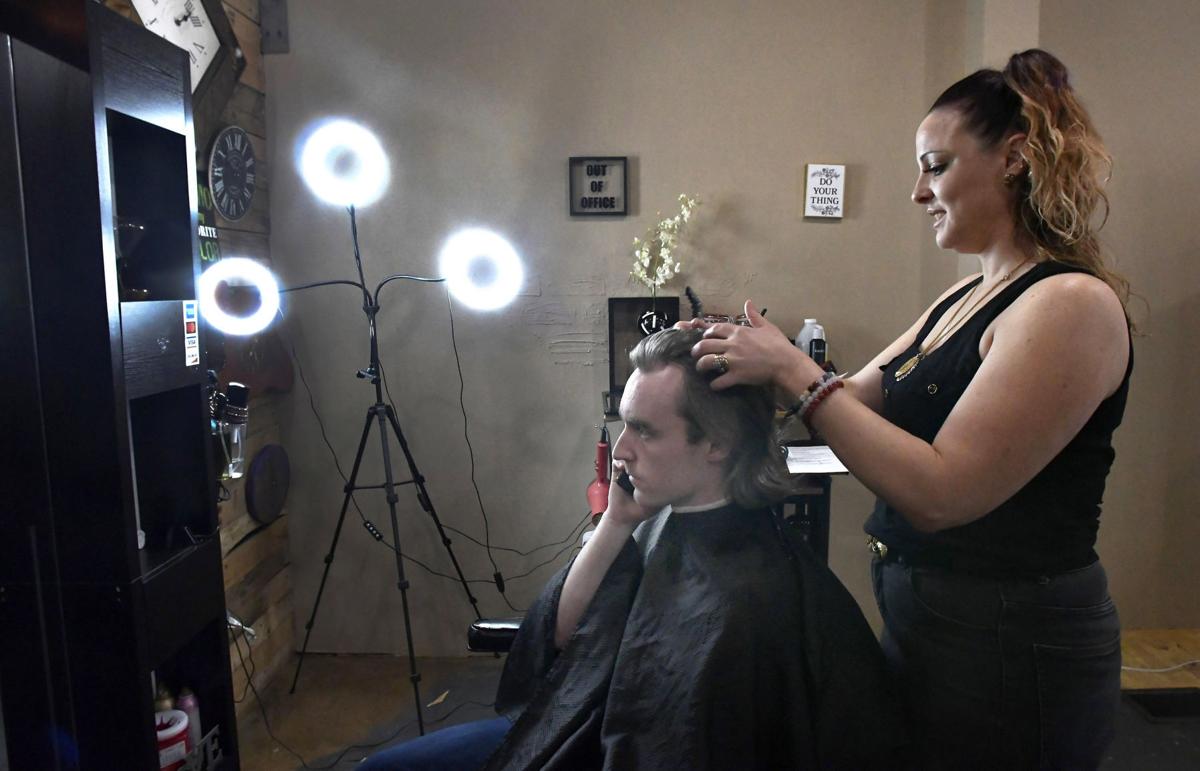 Trish Nesby, owner of Arrived Men's Salon in downtown Bloomington, makes up Allen McCauley on Monday. McCauley plays Gaston in the MIOpera-produced movie based on "La traviata" by Giuseppe Verdi.