BLOOMINGTON — Right in your face.

That's the impression that photographer Karl Smith hopes his gallery of stark, black-and-white images of medical waste has on viewers at the McLean County Arts Center.

He calls them pictures of trash — and some of them are — but the images tell a threefold story of his decades-long journey with Type 1 diabetes, described by the Mayo Clinic as a "chronic condition in which the pancreas produces little or no insulin."

"It's kind of three forms of impact," Smith, 54, said of the exhibit. "There's the environmental impact ... there's the financial impact and then there's the personal impact."

The shots of hundreds and thousands of needles, syringe caps and old insulin pumps aren't just leftovers: They represent how far he came in 35 years, from a-single-insulin-shot-a-day in the early years, to insulin pens and pumps as technology developed, to a multi-organ transplant when Smith was 50.

"Part of the theme going on here is that people would say, 'Hey, you're a diabetic  — does that mean you've got to take shots?' Like the thought of taking one shot bothered them," Smith said, pointing to an image of needlepoints. "I say (to them) I've taken over 22,000 shots that I've given myself. ...And you starting thinking, 'Gah — this is so much, there shouldn't be so much garbage.'"

Smith took the first image of medical waste — a shot of syringe caps — back in 1990.

Although he had been diagnosed at age 15 and was used to diabetic supplies, Smith began collecting little pieces of waste while he was a student at Illinois Wesleyan University, he said.

"I would just throw (syringe caps) in this one drawer, and I had a whole lot of them," he said. "Initially, it was unconscious. Later it was, 'Maybe I could do something with this.'"

Fifteen years later, he did.

A friend suggested Smith participate in an art show at the Clinton Library in DeWitt County, which is where "the second photo came from — and then the third, fourth, and" so on until he decided he was done, which corresponded with an organ donation he received five years ago.

While the pictures invoke environmental waste, Smith said, it's also a picture of the financial drain having a chronic condition can carry with it. For around a decade, before he began working for State Farm, Smith worked in retail, where the benefits "where (he) didn't have the best healthcare."

"As I'm working, friends are getting new cars, are putting down a down payment on a home, and I'm paying a mortgage payment a month to feed my disease," he said. "This is why I don't have a fancy car ... because this is what I've had to live with."

A picture of a cluster of insulin bottles, he said, is a picture of "a fortune" spent.

The external insulin and needle usage came to an end five years ago when Smith underwent an organ transplant that gave him a new kidney and pancreas, allowing his body to manage his insulin.

So, too, does Smith's photo book, on display in the middle of the gallery, although not with a picture of him — although those are included, post-operation scars and and all.

Instead, the book ends with a photo of Smith's donor, then a 21-year-old University of Illinois student who'd suffered a brain injury.

The family "decided to make him available for organ harvesting," he said. "Early on, before the transplant, I was talking with someone and said, 'It's really hard grappling with the idea that I'm waiting for someone to die just to get the organs. The person said, 'Well, they'll be your organs.' I said, 'No, not really. It's a symbiotic relationship: Until they fail or I die — let's hope not — we are dependent on each other.'"

“Mandating a COVID vaccine is the most effective strategy we have, especially as we try to reach herd immunity," said Isabel Samuel, a master’s student in theater and dance at ISU.

One thing that might not be immediately visible from Smith's gallery, though, is the quality of life he's had since that surgery five years ago and since his marriage 11 years ago that brought him a wife and son.

"I'm no longer just, the only person that's affected — you know, that kind of self centered, attitude," he said. "Now it's like, oh, I'm raising this boy. Maybe I want to be around for him getting out of high school... or you know any of those milestones that come along. I'm married to a fantastic woman... I'd like to spend every single minute of my life with her and I'd like her to be next to be as long as possible."

The changes shifted his perspective, he said.

"I (realized) I've got to really pay attention to this, take it seriously, — let me control it and not let it control me," he said.

Angie Vallejo is pulled down by unidentified Illinois State tackler

Redbirds, Get Their Kicks

These coaches will guide ISU football team this season

These Redbirds will pump you up

You'll Hear it Today on WJBC

WHAT: "Punctuation: 35 Years of Diabetic Debris"

Watch now: Here are the roads up for resurfacing in Normal

The Normal Town Council on Monday unanimously approved 6-0 awarding a $1,119,265.70 contract to H.J. Eppel & Co. Inc. of Pontiac for its second road resurfacing package, which will resurface 2.1 centerline miles of street.

Paul Africano's clothing collection will be on display and for sale at a pop-up shop on Normal's Uptown Circle on Friday and Saturday.

'It's not the best': Chris Evans gives his verdict on Captain America's suit compared to the rest of the Avengers

Tom Hanks reveals why he has crashed so many weddings

Tom Hanks reveals why he has crashed so many weddings 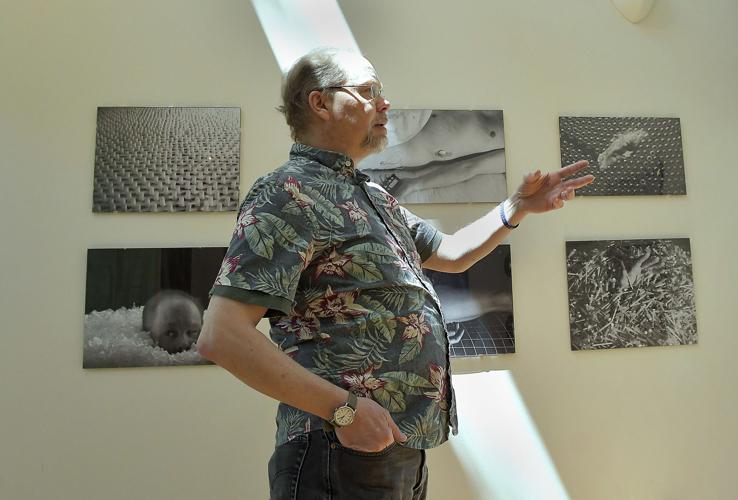 Karl Smith talks about the photographs in his exhibit, "Punctuation, 35 Years of Diabetic Debris" at the McLean County Art Center on Wednesday. The exhibit is on display through June 4 in Bloomington. 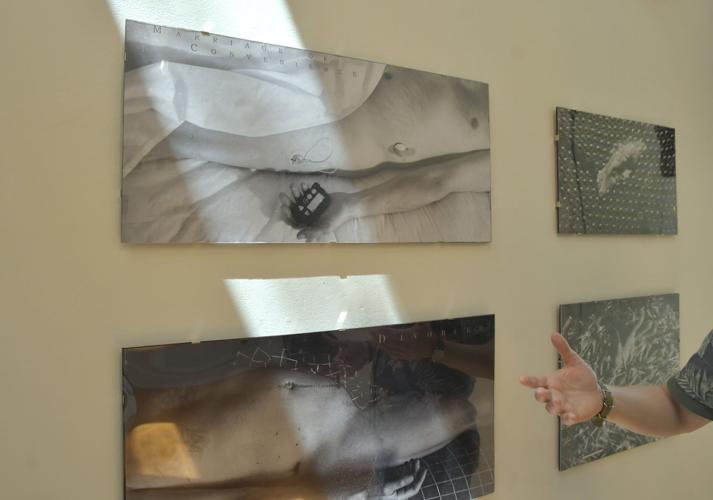 Karl Smith's "Marriage of Convenience," top, is one of the photographs in his photo exhibit "Punctuation, 35 Years of Diabetic Debris" at the McLean County Art Center on Wednesday. The photograph shows his transformation from a type 1 diabetic dependent on insulin to a transplant recipient, in the image below. 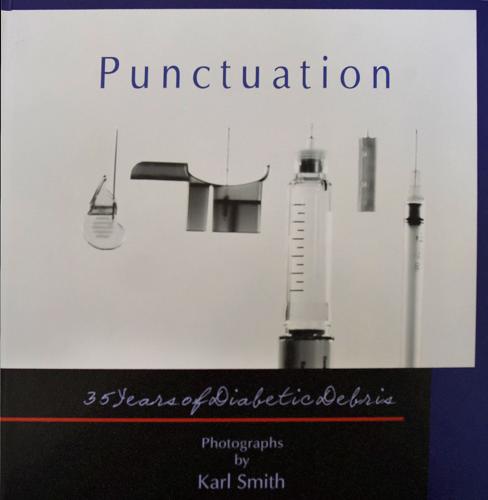