NORMAL — With the first deliveries of Rivian's inaugural R1T pickup rolling out this week, the question people have on their minds is: "How does it drive?"

The Irvine, California-based electric vehicle manufacturer has gone from a startup concept to a reality. In the last three years Rivian, founded in 2009, has poured millions into building out its 3.3 million-square-foot production facility in preparation for launch day.

What was once the former Mitsubishi Motors Corp. manufacturing plant in west Normal is now a high-tech building resembling those of Silicon Valley.

After a year of production delays amid global supply chain disruptions, preorder holders are getting behind the wheel for the first time. The launch edition of the R1T starting price was $75,000, and it's safe to assume people are eager to test drive the truck.

On Sunday, Rivian invited several McLean County leaders, employees and reporters to its test track to get up close and personal with the R1T.

Several were on display sporting the classic Rivian Blue — inspired by the ocean — as well as various accessories and equipment people can purchase, such as the electric camp kitchen attachment.

As people walked through the "First Mile" tour event — which kicked off in Normal and will hit cities such as New York, Los Angeles and San Francisco — several people got a chance to test drive the R1T.

While I had never driven an EV before, nor have I done any off-roading, Rivian let me into the driver's seat.

Being from a small town I am deeply familiar with country roads and cruising, so I have an idea of what a great driving experience should feel like.

When I climbed up into the car, my co-pilot and driving specialist Hananiah Mays said he was excited to show me the ropes.

With just a few swipes he could change the drive mode — all purpose, sport, conserve, off-road and towing — and suspension height.

As we approached the track, Hananiah explained that we would first test out the truck's zero to 60 mph feature. Some advice I was given by another employee prior to the demo was to not be afraid to just "floor it."

I have to admit my heart was racing a bit, but I took her advice. In seconds we reached 60 mph, but I didn't feel out of control. It was smooth, easy to maneuver and quick to slow down thanks to its regency break.

The next few obstacles were off-road features: a rocky creek bed, a tilted turn, and a "frame twister."

The most exciting one was the uphill vista, a rocky "mountain" of sorts. This one made me the most nervous, but the truck climbed it with ease. From the top you could see the entire plant and surrounding fields, which was a pretty sweet view.

Overall, I enjoyed getting to drive the truck around the track. While the off-roading made me a bit anxious, it was thrilling at the same time.

It's a little unclear the extent to which customers will get the same test. I spoke with Laura Schwab, vice president of marketing, who said Rivian has partnered with several organizations to build test tracks. I wonder how much off-road testing they will offer.

Schwab also mentioned that the company is launching a mobile test drive experience where people can request a time to take the truck for a spin. That will start in New York soon with hopes to expand reach by next year.

Rivian customers are getting behind the wheel of the electric vehicle manufacturer's first all-electric pickup truck this week.

I got a chance to talk with some other Rivian employees at the various demonstration stations after the test drive. One station explained more about the company's charging network, which will include special Rivian fast charging stations.

It will be interesting to see how EV charging infrastructure adapts to the new vehicles hitting the road. The company has put an emphasis on adventure and traveling, but there are still questions on how many charging stations there will need to be to support this growing industry.

Each person I interviewed I asked the same question: What did you think about the ride?

Everyone said more or less the same thing. It was smooth, easy to maneuver, and impressive.

"It was quite an experience, especially the off road," Koos told me after a tour of the manufacturing plant.

LaHood said, "The level of sophistication in the vehicle is very, very impressive and I think the more people who drive these vehicles and see them, I think they’ll be amazed.”

Frontier Airlines will offer direct flights from Bloomington to Tampa

Heartland Community College's Joe McCauley Gallery will feature "My COVID Year," an installation from a variety of artists creating in reaction to the COVID-19 pandemic. The exhibit will be up until Oct. 8.

During the event visitors can see charging demonstrations, learn about accessories, and meet the Rivian team.

There are options for residents to apply for needs-based assistance, or to request a repayment plan, according to town officials.

The move comes as startup Rivian Automotive Inc. prepares to launch an all-electric vehicle made in Normal.

Listen now: Behind the wheel of a Rivian, Illinois evictions and more on 'Long Story Short'

Ever wanted to know what it's like to drive a Rivian truck? Check in with us on this week's 'Long Story Short' podcast. 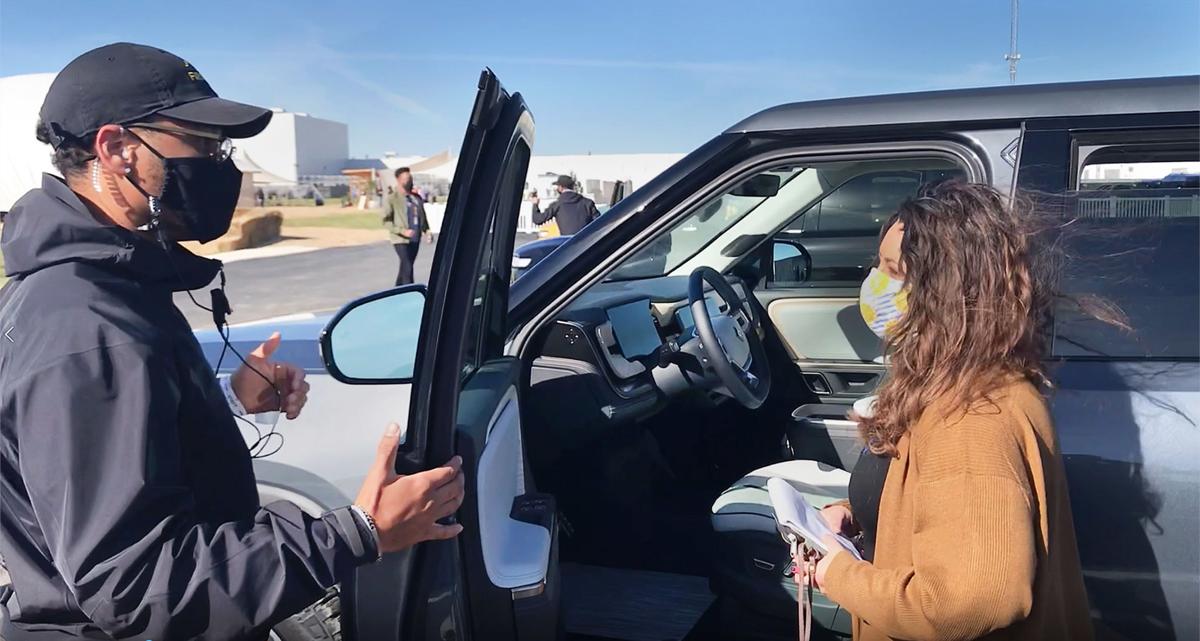 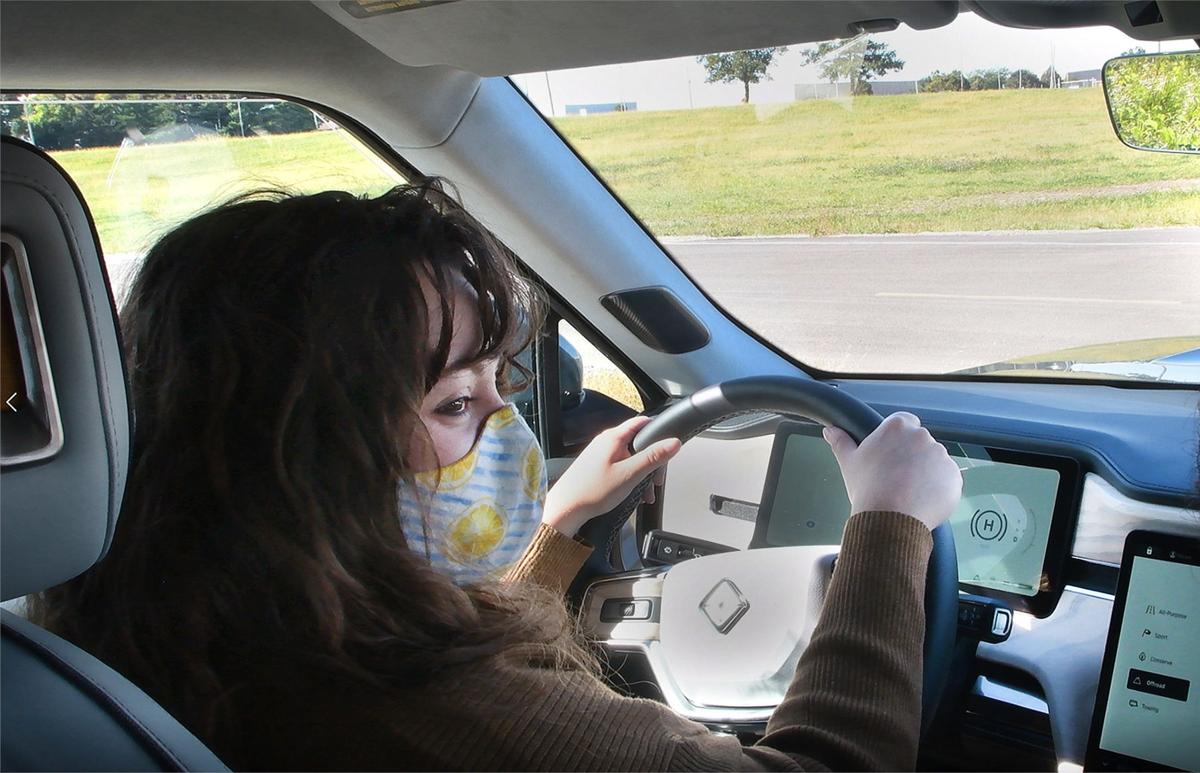 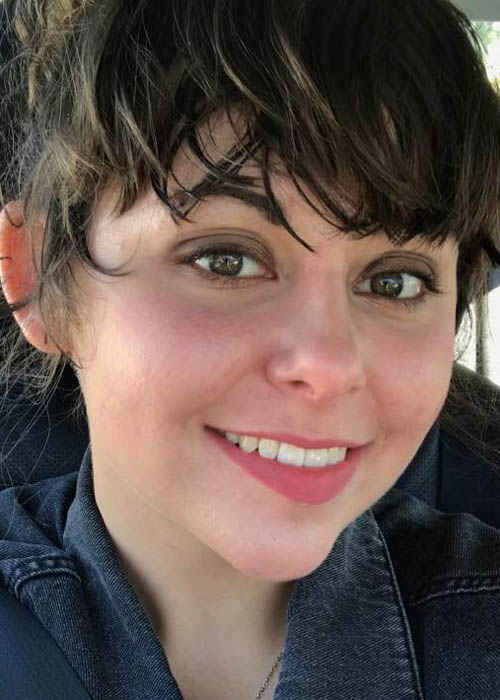