NORMAL — Illinois State University students presented 10 ideas for a new business at the Startup Showcase on Friday, and some left with thousands in funding for their project.

Ashley Garrett was named the first-place winner for her business, named Curlave. The company would sell curly hair extensions for Black women, she said. It was motivated by her own experience and wanting to make sure Black women have access to products that help them feel beautiful.

“So they can embrace their natural hair,” Garrett said.

The win comes with $6,000 in funding to help her get started. The second-place startup, named 360 Vision and focused on improving drone technology for agriculture, won $4,500. The third-place winner, an app for finding food trucks, called Truck It, received $1,500.

The six runners-up received $500 each.

The annual event, hosted by the George R. and Martha Means Center for Entrepreneurial Studies, moved into the Hancock Stadium Club this year. The competition had 23 entries, said Terry Lowe, event director at the Means Center and assistant professor in management and quantitative methods.

The 23 entrants sent in three-minute videos presenting their startup, Lowe said. The 10 finalists were invited to present their ideas to the judges in person in a "Shark Tank" kind of event. Local businesspeople Eric Cramer, Julie Dobski, Tim Hoerr and Scott Nancarrow served as judges.

This year, around half of the entries came from outside the School of Business, Lowe said. That is something the organizers really wanted to see.

“There are entrepreneurs in every field,” Lowe said.

The event gives students a chance to learn how to pitch their ideas in a real-world setting, said Avi Datta, director of the Means Center and professor of strategic management and entrepreneurship. That is especially true for students coming from outside the School of Business.

“This is the first time they get a litmus test of their idea,” he said.

The center also has an accelerator for startups as well as scholarships for students involved, Datta said.

“This is one of the key events for our center,” he said.

Flores graduated from ISU in 2012 with a degree in entrepreneurship and small business management. She is now a painter and muralist in the Chicago area, where she works with clients including Lululemon, Sephora and the Chicago Bears, according to a Wednesday press release from the organizers.

At the award ceremony, attendees heard from the winners, along with ISU President Terri Goss Kinzy, Datta and Associate Vice President of Research Craig McLauchlan.

"This whole winding journey of being an entrepreneur, ISU has been such a big part of it," Flores said.

It's not too early to go Christmas shopping! Early-bird deals were up for grabs today at the second annual Holiday Expo.

Cyber Monday isn't just for major retailers anymore. A year and a half after many stores saw a large increase in online sales due to the pandemic, Bloomington-Normal businesses are reminding people that they're open for online shopping this holiday season. 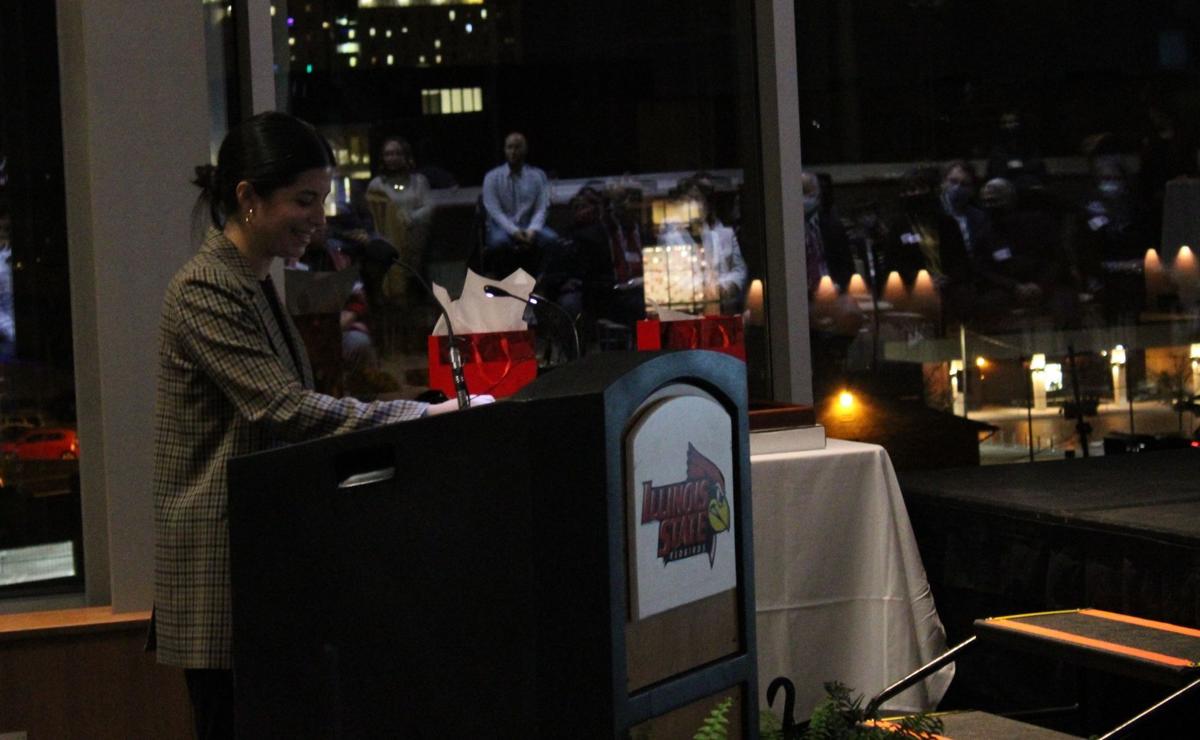 Chicago-based painter and entrepreneur Liz Flores speaks after receiving the Illinois State University College of Business Entrepreneurial Alumnus of the Year award in the Hancock Stadium Club on Friday. 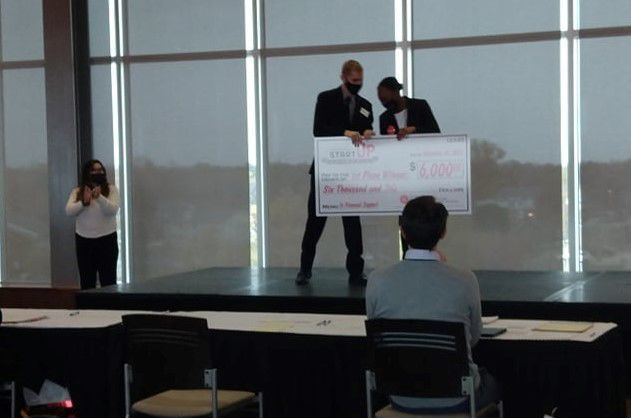 Startup Showcase winner Ashley Garrett accepts her check for $6,000 in support for her startup Curlave, which is to sell curly hair extensions for Black women. The showcase was held in the Hancock Stadium Club on Friday.