Become a Member
Read Today's E-edition
Share This
Watch now: Gas prices are back up. Here's how Bloomington-Normal drivers are bearing the pinch
0 Comments
Share this

BLOOMINGTON — Drivers are seeing another jump at the pump.

Robert Cordrey, dispatcher for Red Top Cab in Bloomington, calls the spike in gas prices the “fleecing of America.”

“We both know the barrel price of crude oil doesn’t match what you pay at the pump,” he said Wednesday.

Gas prices in the Bloomington-Normal area peaked Friday at $3.43 per gallon, according to data provided by Gasbuddy.com.

“The problems continue to relate to a surge in demand as the global economy recovers, combined with deep cuts to production from early in the pandemic,” De Haan wrote.

Wednesday’s average gasoline price in the Twin Cities dipped 5 cents down to $3.38, but professional drivers still are stressed by the pinch.

She retired from Nestle three years ago and has been taxi driving for about two years now. She also owns a dump truck.

Cordrey said businesses like their have slacked because of the pandemic.

“It’s tight finding enough people to hire because of COVID and people don’t travel much,” he said.

“Our drivers are contractors,” he also said. “They’re out there hitting it hard.”

He explained drivers pay for their own gas and have to refill their cab at the end of their shift, but they’re not making what they used to make.

“On a slow day, we barely break even,” Cordrey said.

“Now, it’s under a thousand a night,” he said,” and sometimes not even half of that.”

The Rev. Mark Marshall said he hauls items with his truck for the Christian Faith Center’s youth department — and he’s tired of gas prices going up.

“It seems to be less when it's a Republican (in office),” he told The Pantagraph Wednesday at Thorntons on North Main Street in Bloomington. “It seems to become a political issue that Democrats believe in taxes.”

As a Republican, he said he’d like to keep a little bit of his money and not spend it all trying to get from point A to point B.

Marshall wished for things to reach a balance.

“We can't pay for all the road repairs all at one time,” he said. “You have to do it over time.

“We have tremendous amount of road renewal that needs to be done.”

Bloomington’s Joe Gibson said gas prices going up and down is normal to him.

“I’ve been through bad parts back in the '70s and '80s where we had trouble getting gas,” he said.

Being retired, Gibson said he doesn’t “really have a bottom line.”

Bill Matthews also spoke The Pantagraph Wednesday while filling up at the Circle K at Main and Willow streets in Normal.

As a retiree, he said he only drives to the store or goes on an occasional trip.

“Sure, we don’t want to the prices to be high, but we can afford to pay them,” Matthews said, “so thank goodness we’re not still working and having children and watching every penny.

“I’m glad I live in the Midwest and not on the coast, because the prices are so much higher.”

The McLean County Health Department reported two COVID-related deaths on Thursday: a man in his 70s and a woman in her 40s. 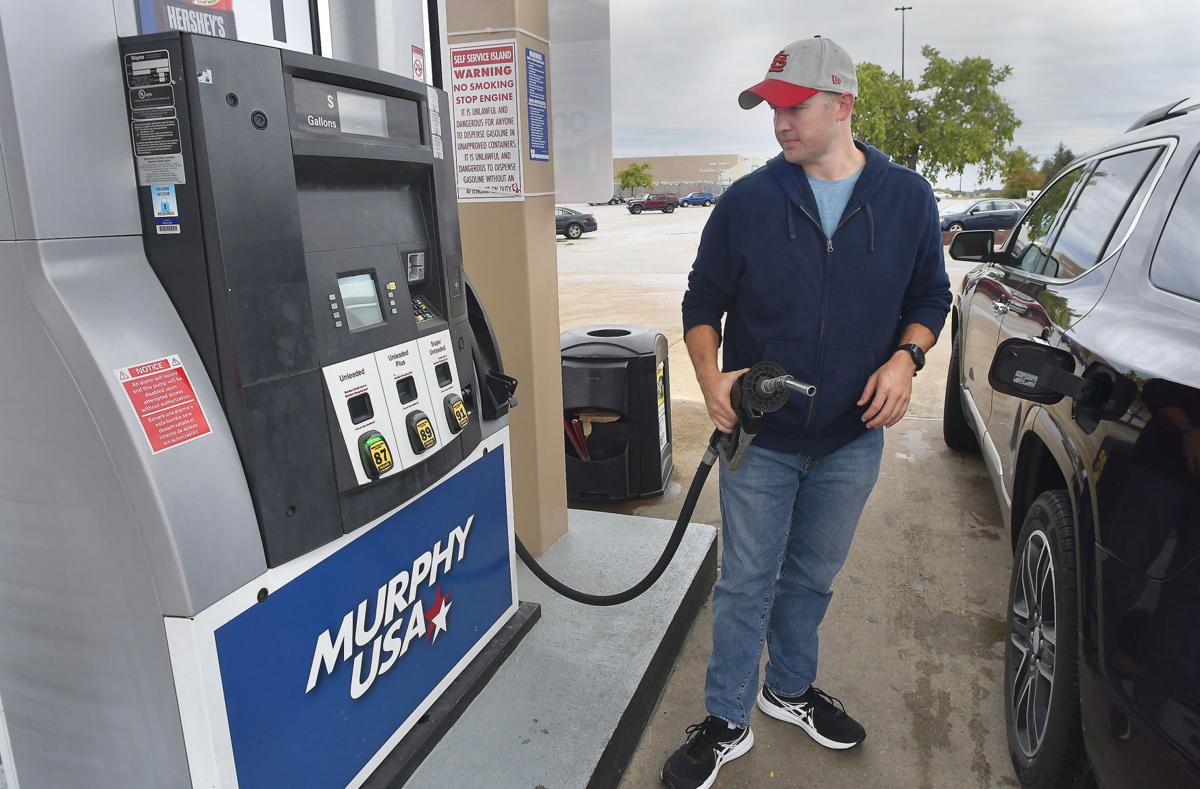 Matt Wattleworth of Bloomington looks at gas prices as he prepares to fill up his vehicle at Murphy USA, 2223 W. Market St., Bloomington, on Thursday. The station attempts to have the lowest prices on the west side of town, aiming to beat nearby competitors by a penny or two. 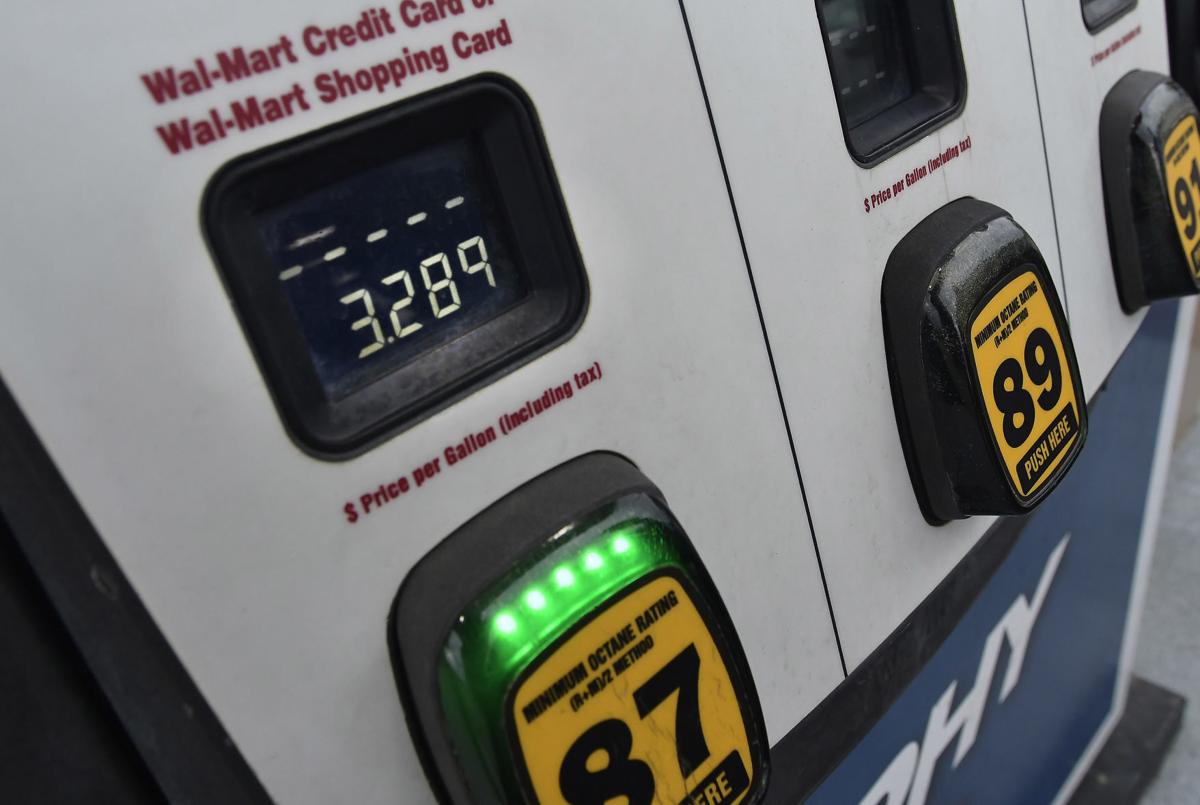 Gas prices at Murphy USA, 2223 W. Market St., Bloomington, were a little lower than most stations across the Twin Cities on Thursday. 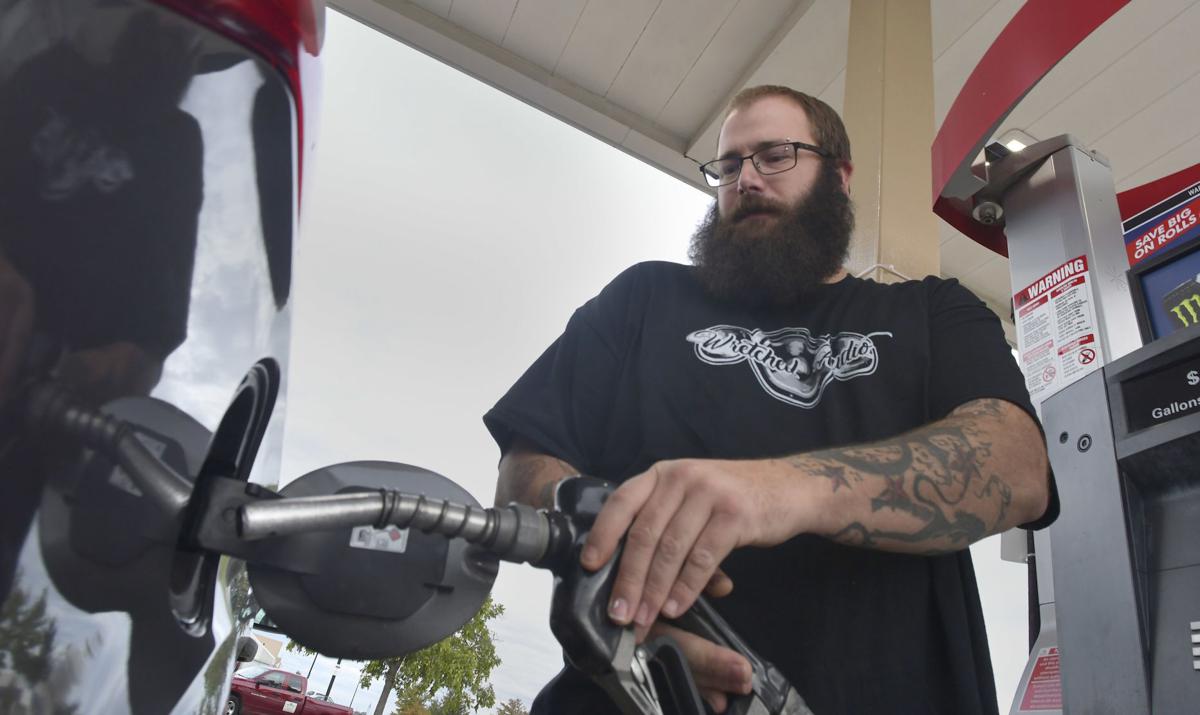 Eric McIntosh of Colfax fuels up his vehicle at Murphy USA, 2223 W. Market St., Bloomington, on Thursday. Area gas prices are averaging higher than $3.28 per gallon. 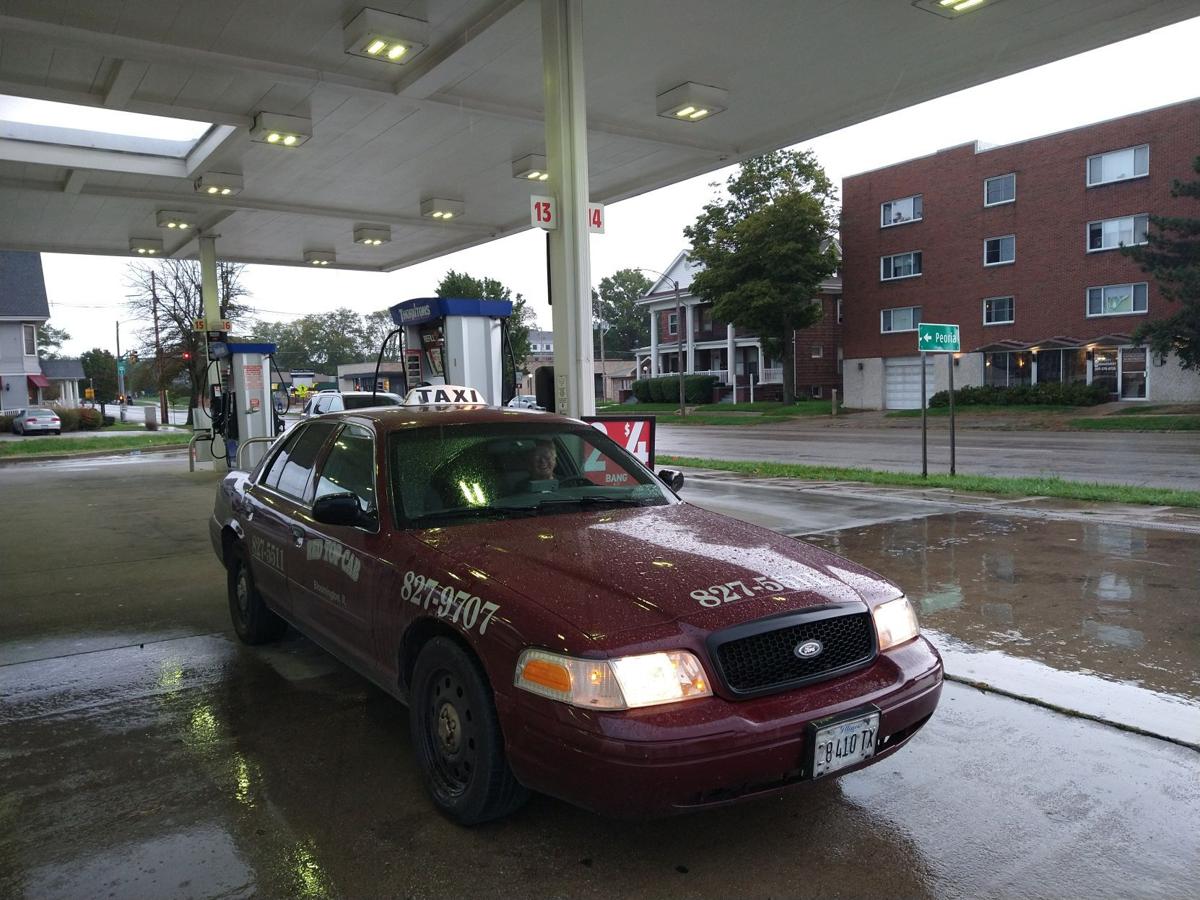 Red Top Cab driver Linda Brittin prepares to depart the Thortons gas station on North Main Street in Bloomington after filling up Wednesday. She said they're driving a lot and using a lot of fuel as gas prices increase nationwide.