BLOOMINGTON — Black Friday may be less than two weeks away, but that doesn’t mean it’s too early to go Christmas shopping.

Margarita Logan, director of sales and banquets for the hotel, told The Pantagraph that a lot of people showed up Saturday morning.

”Everyone's happy, excited, being out in public and meeting people,” she said.

Logan said the expo has unique finds and early-bird Christmas shopping specials from businesses local to the Bloomington-Normal region.

Hotel owner Krishna Balakrishnan said the expo is a great opportunity for a lot of local businesses, especially during the holidays.

“You’re gonna find stuff in my store that you don't find it any other stores,” said Marnetta Blakely at the expo. She owns the Urban Connections fashion store at 1102 N. Hershey Road in Bloomington.

“I sold a lady a clock-purse,” she said. “It actually was a real clock.”

“And I’ve handed out a lot of business cards,” she said. “A lot of people said they’re gonna stop by the store.”

Mickie Stapleton stopped by the expo to shop around. She told The Pantagraph that all of the vendors were really knowledgeable.

Although she hadn’t been there long, Stapleton agreed there were some promising gift options to be found.

BossGirl A-Z from the south Chicago suburbs of Park Forest and University Park put merchandise on display at the Saturday expo. Owner Kanesha Terrell said she started her LLC for the girls, Zayisah Galbreath, 5, Amylah Smith, and Zariyah Sanders.

”They were born and raised into beauty,” Terrell said, “because I do hair here in town and they’ve been seeing me do hair.”

Additionally, she said Amylah and Zariyah were originally born in Bloomington, and their initials are part of the business's name.

She said when she had her firstborn, eczema was a huge problem — her kids were crying and couldn’t sleep because their skin was inflamed and irritating.

So Terrell got to mixing up some "Boss butter" — a moisturizing body butter. And it worked for them.

She said now they sell it out everywhere they go. The girls help mix and make everything, Terrell added, and they know how to run the expo table.

“My favorite part of being a BossGirl is about making other people feel like I'm taking care of themselves and making them feel beautiful,” said Amylah Smith, who turns 9 next month..

“We get to make little girls and people happy,” added 8-year-old Zariyah Sanders.

“We're trying to just get them a good foundation so that they're gonna take over once they get grown,” she said.

Next up for the BossGirls to learn is how to work with Microsoft Excel, she said.

The BossGirls weren’t the only Holiday Expo vendors who became entrepreneurs with homemade beauty and health products.

Lexi Marchant, of Fairbury, said she has a lot of chronic illnesses and pain, so she started the business at home, working on things for herself and her family.

Marchant said Lisa Garrels was also doing work on the side, and then her husband, AJ Garrels, had a heart attack in January. He died but was resuscitated.

“We got together to stay sane,” Marchant said.

“And then, this pretty much came to be,” Lisa Garrels added.

Marchant said working together on the business was a “really good way to manage our stress and then also give back to other people at prices that people like us could afford.”

The expo was their second big event; they added it was really helpful for their business.

“It's a great way to, you know, meet new people and see what maybe we can help to do a little bit better,” said Garrels.

The two women said they were last at the Chenoa Shop N Go in early October.

Marchant said they also travel and will deliver to people’s homes.

Diane Boaz, of Marseilles, sold country crafts and collectibles from her Crafts From The Heart business.

She said when making her products, she cuts “all the wood out, and I paint it, I stain it.

She said she did woodworking with her dad for 10 years, and she later opened her business and got back into it.

Although her father died 10 years ago, Boaz is still keeping their connection alive.

An earlier version of this story had incorrectly spelled Zariyah Sanders' name. This version has been corrected.

Scott Grotbo is the founder of Moraine View R&R and currently serves as a Lieutenant Colonel in the Illinois Air National Guard, Peoria.

The Pantagraph obtained hundreds of emails to and from LaSalle County officials about the Jelani Day investigation. The documents shed light on resources focused on the missing person case and death investigation.

A Senegal-born business owner who now calls Bloomington home is striving to treat her customers right. 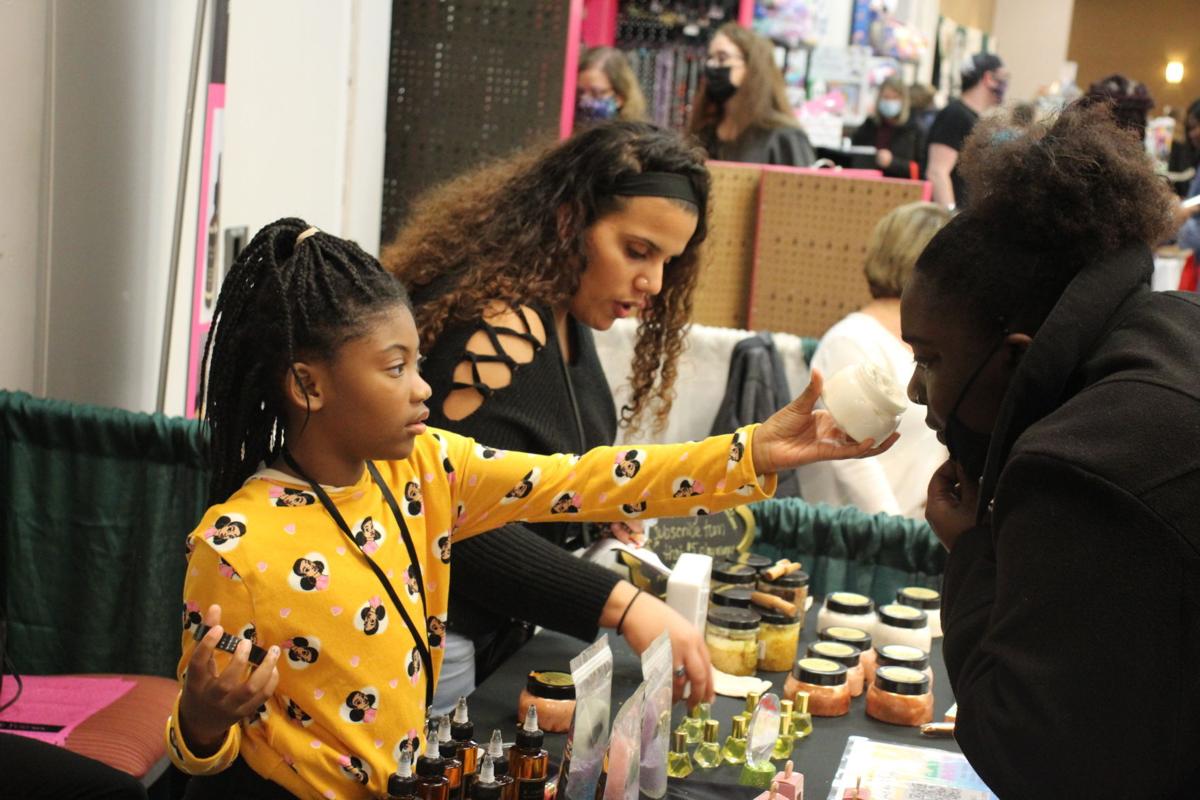 Amylah Smith, 8, left, outstretches homemade body butter for Shay Tolise, right, to smell, as Jessika Hernandez, middle, manages wares. BossGirl LLC was one of 55 vendors who set up Saturday at the Holiday Expo at the Parke Regency Hotel and Conference Center in Bloomington. 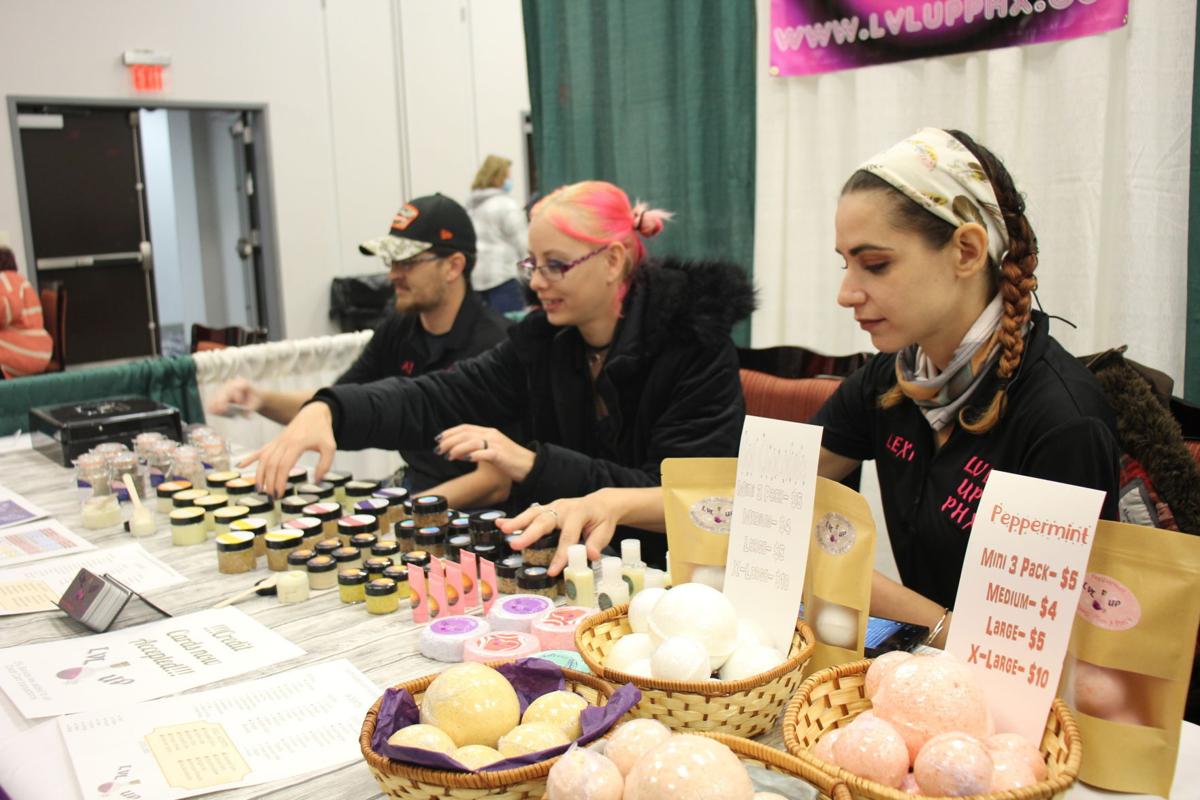 From right to left, Lexi Marchant, and Lisa and AJ Garrel table their products Saturday at the Holiday Expo. Lexi and Lisa say collaborating on their Fairbury business helped keep them sane as the three weathered medical issues over the past year. 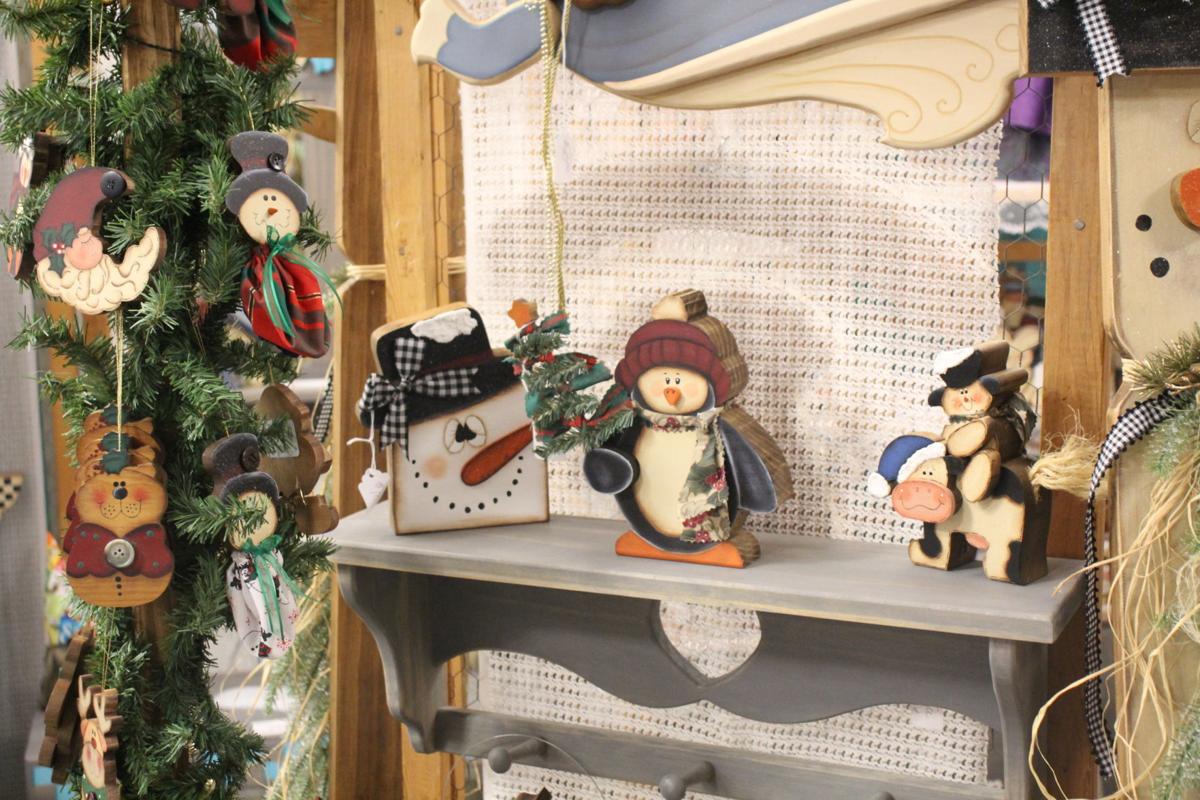 Pictured are wooden country crafts and collectibles made by Diane Boaz of Marseilles. They were on sale Saturday at the Holiday Expo at the Parke Regency Hotel and Conference Center. 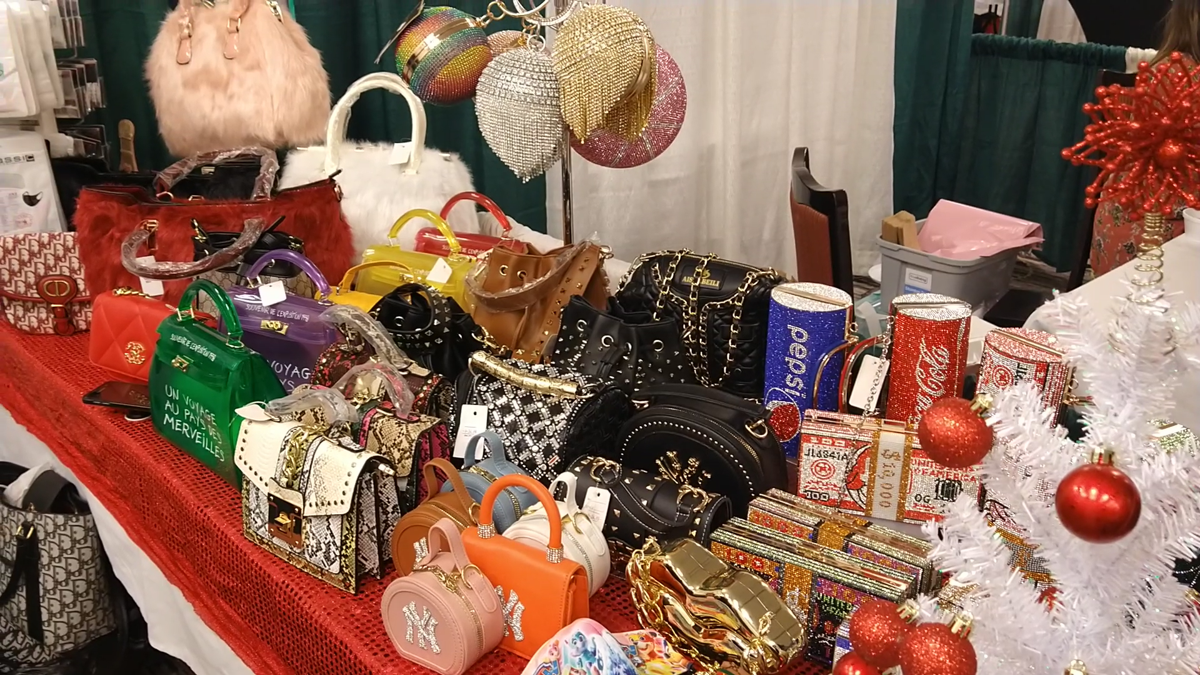