BLOOMINGTON — The cocoa beans that will turn to Butterfingers, Crunch bars, Nutella and more chocolate candies will soon be processed in Bloomington, marking the first time the Italy-based company Ferrero will process its chocolate in North America.

Construction is expected to be complete by spring 2023. It will be Ferrero’s third chocolate processing facility in the world and its first in North America.

“This, of course, is a joyous moment for Ferrero as we celebrate the expansion of our capabilities here in the United States," said Todd Siwak, Ferrero North America president and chief business officer. "Being able to take cocoa, sugar, milk and other ingredients and turn it into high-quality chocolate right here behind me makes us stronger and a more vertically integrated company."

The $75 million project is expected to bring up to 50 jobs to the processing facility.

Bloomington Mayor Mboka Mwilambwe said expanding the Bloomington-Normal Enterprise Zone into that specific area of Bloomington was the crucial change that allowed the chocolate company to expand its operation.

Commercial properties in the enterprise zone receive expanded local and state benefits for facility expansions, renovations and other improvements.

Among the incentives, which Ferrero will benefit, are sales tax exemptions on building materials.

“All of the local governments that are part of the enterprise zone had to come together on the idea,” Mwilambwe said. “But then from there, you also had staff members who work for Ferrero to try to make sure that many of their needs were met and it really culminated for us in the nitty-gritty aspect of the expansion with permitting and things like that.”

Siwak said Bloomington’s location was more appealing than the other facilities in Illinois and North America because “what became evident to us over the last three years is how supportive this community is, and how it is supported by a deep network of skilled and talented team members who are willing to join the Ferrero team.”

In a video displayed Wednesday morning at the construction site, Gov. J.B. Pritzker boasted the company’s commitment to Bloomington.

“Ferrero’s continued investment in Bloomington will generate new jobs and sweeten the economy for the region and across the state for years to come,” Pritzker said.

Ferrero currently spends about $300 million in Illinois with about 1,400 employees and 560 suppliers.

The processing facility will be built directly next to the existing 226,00-square-foot Ferrero building at 2501 Beich Road in Bloomington, which currently manufactures 100Grand, Rasinets, Crunch and Buncha Crunch using chocolates processed in Europe.

Once the new building is complete, it will provide the processed chocolate necessary to make Ferrero’s various products at the manufacturing facility next door, as well as at its manufacturing plants in Franklin Park and Brantford, Canada.

Ferrero acquired the Bloomington facility and others in Illinois in 2018 when the company bought out Nestlé’s U.S. confectionery business for $2.8 billion.

The company employs more than 3,000 people in 18 offices spanning North America. It has locations in at least 49 countries across the world. 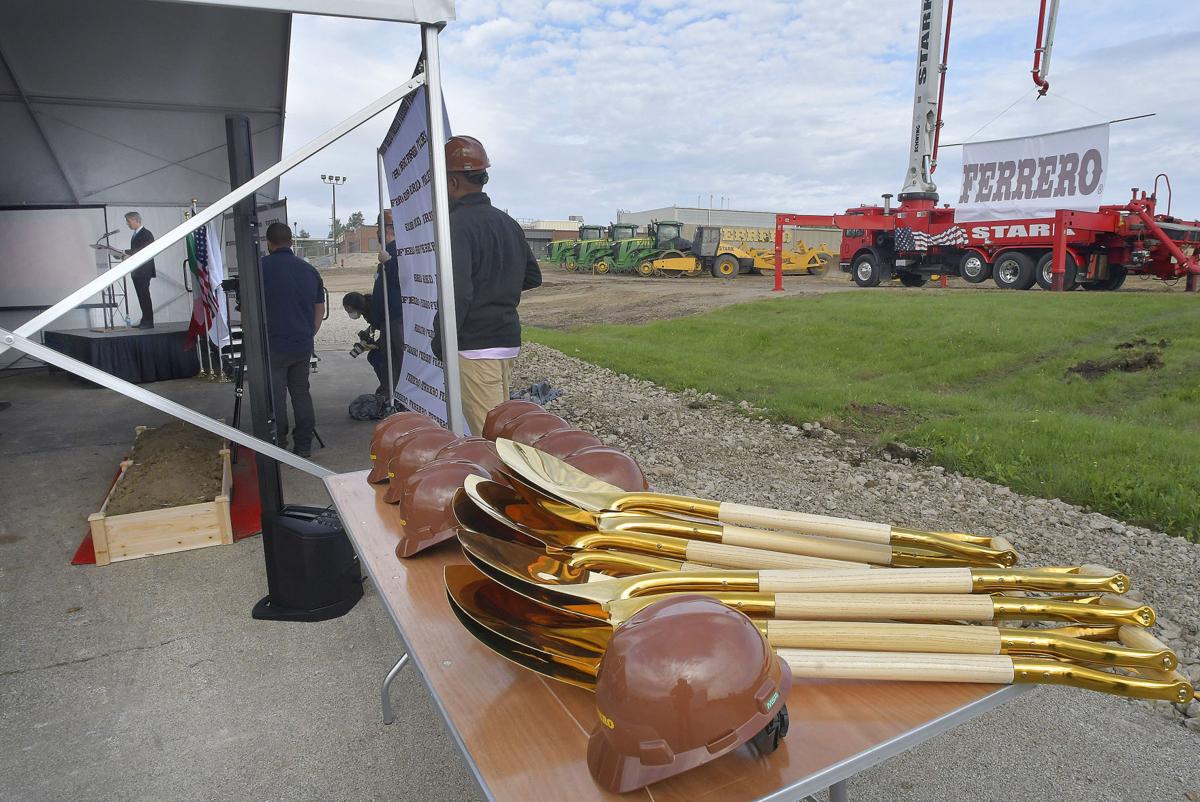 Ferrero CEO Todd Siwak, left, welcomes guests to a groundbreaking for the new chocolate processing plant outside the existing Ferrero plant, 2501 Beich Road, Bloomington on Wednesday. The $75 million plant will bring 50 new jobs to the area. 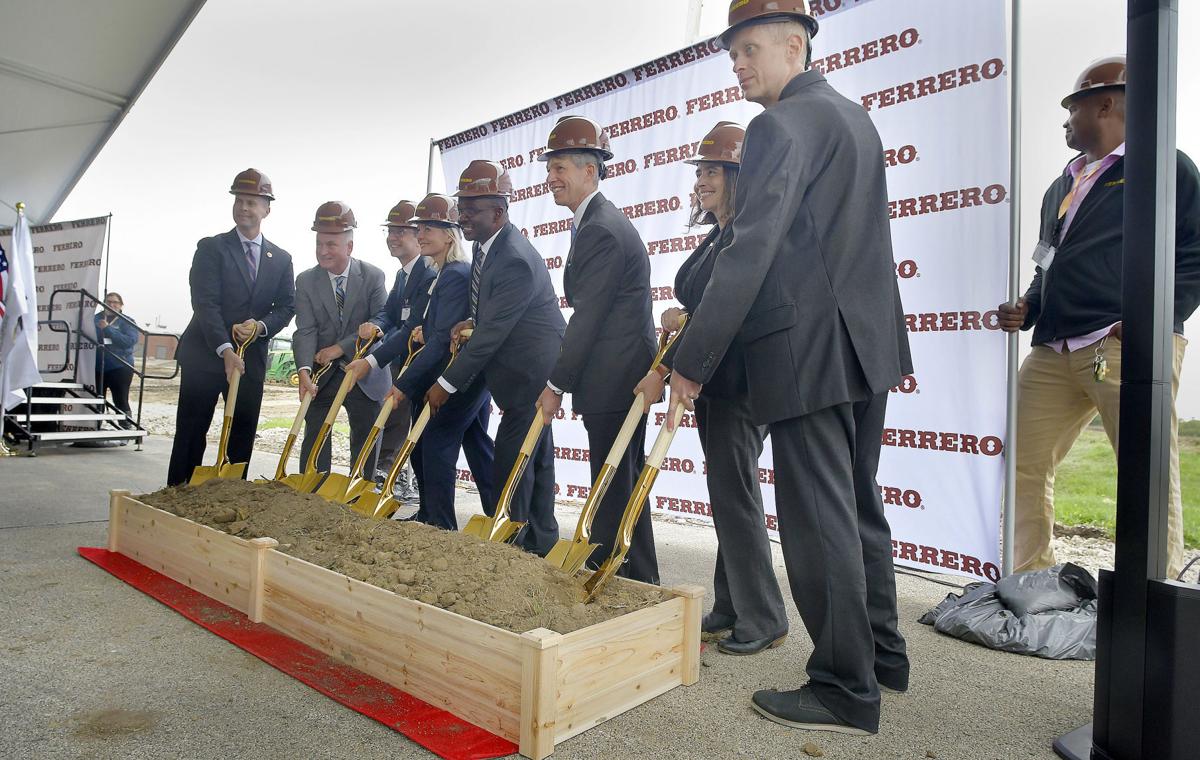 Government leaders and company officials joined together to break ground on Wednesday for the new chocolate processing plant outside the existing Ferrero plant, 2501 Beich Road, Bloomington. The plant is expected to bring 50 new jobs to the area. 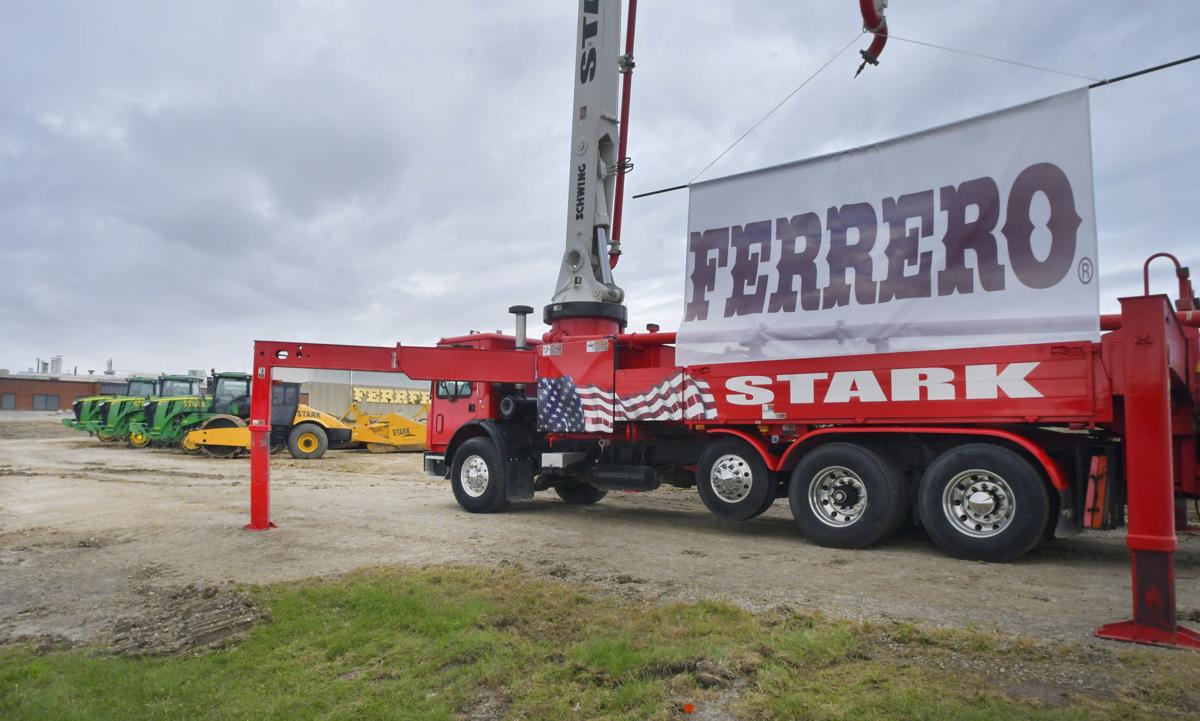