Become a Member
Read Today's E-edition
Share This
Bloomington-Normal union has trained plumbers, pipe fitters for over a century
0 Comments
Share this

BLOOMINGTON — If you’re driving down the road and see a large building going up, laborers from Plumbers and Pipe Fitters Local 99 have their hands in it.

That is, of course, along with carpenters, painters, drywall finishers and other trade workers.

From major organizations like State Farm, YMCA, Carle Health, and OSF HealthCare, to smaller-scale operations in restaurants and bars, each has benefited from plumbing and pipe fitting laborers, according to training coordinator Scott Spaid.

He added their 385-member union is over 100 years strong, having been founded in 1899. They’re involved in the residential, commercial and industrial sectors, as well as pipe fitting water mains and treatment facilities.

“When the Clinton power plant came, we were all involved in town," he said. “When the Mitsubishi plant came to town, we were involved.”

“Rivian is a big deal,” he added. “They’ve got every trade craft out there at the moment.”

He said their apprentices are taught a wide range of skills across their five-year program. For plumbing, that includes working with PVC, copper or cast iron piping.

“When you’re getting into pipe fitting, you’re talking larger steel pipes,” he said. “That’s where we get into welding, pipe fitting, and that requires a great deal of math, including algebra and trigonometry, and heavy rigging."

“Some people that come to our program will elect to specialize,” he said. “There’s others that can do almost all of it; it’s up to the individual to decide what they want to do.”

In total, the apprenticeship program requires 248 hours of classroom time annually and 1,700 hours of field time. Spaid said apprentices are paid to learn the trade, instead of taking on thousands of dollars of debt for a college degree.

“The school costs you nothing, it’s an on-the-job program,” he said, adding the education is covered as long as you stay in the trade when you get out.

“Trade craft across the board is seeing a decline in younger generations being interested in it,” he said. “That comes from our children nowadays are raised to go to school and go to college.”

Spaid said some people are naturally more interested in crafts and mechanics, and would rather work with their hands.

According to the training coordinator, apprentices could start at $80,000 to $100,000 per year right off the bat after completing the program. Additionally, they could then move on to getting their associate degree if they want to, for about another 120 hours of class time.

“We sacrifice our bodies — it’s a labor of love,” Spaid continued.

“It’s not sitting at a desk where it’s heated and cooled all day,” he said, adding he’s not docking on white-collar work.

“We pride ourselves in what we do at the risk of our own health,” Spaid said. “It’s one of the reasons we are compensated well.”

At the end of the summer

The United Brotherhood of Carpenters and Joiners of America

"It took decades for labor unions to achieve decent conditions, with many bloody battles, lives lost and sacrifices before child labor became a memory, eight hours the workday and the weekend established," Penn writes.

Organized labor in Bloomington-Normal was pivotal in backing the health and safety of employees, who worked through the pandemic to preserve public services and continue economic development, leaders said Monday.

Designs for the new YMCA were driven by wanting to provide a "third space" for members, a place other than work and home where people can relax and enjoy life. 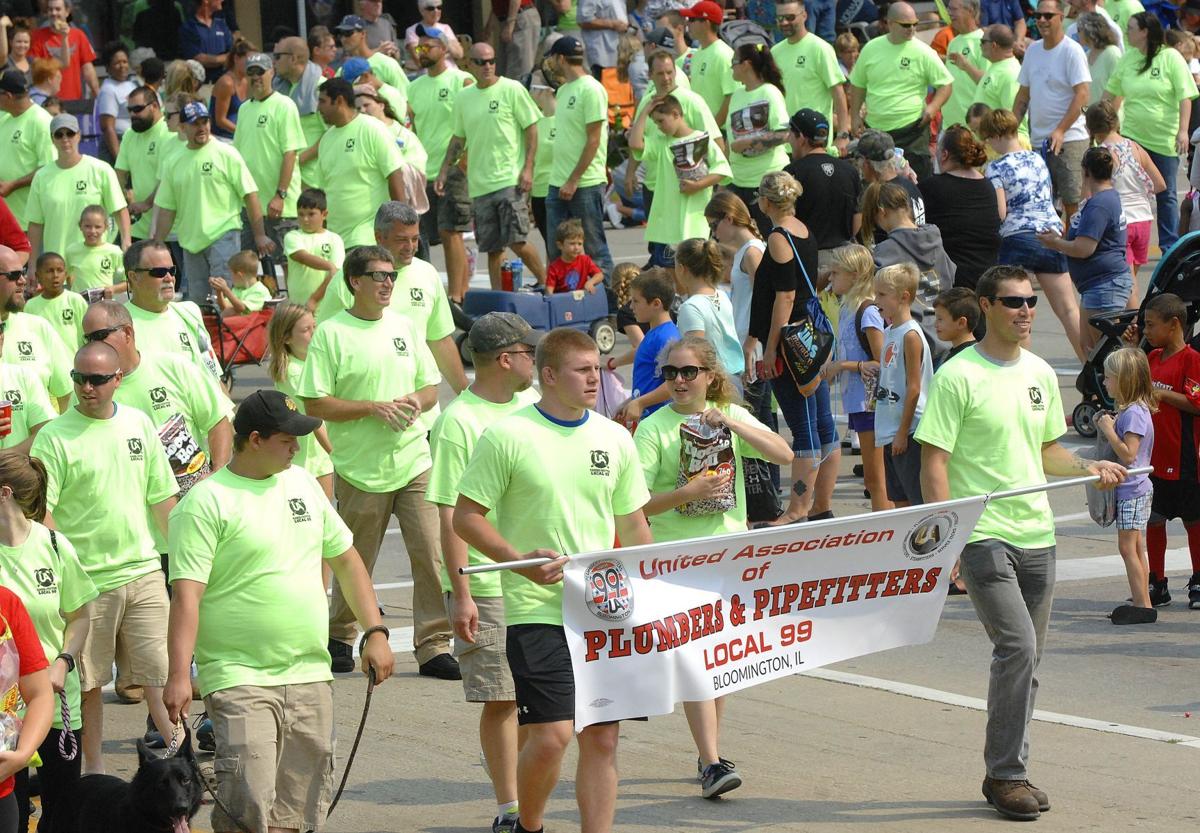 In this file photo, Plumbers and Pipe Fitters Local 99 union members march in the Labor Day parade through downtown Bloomington in 2017. 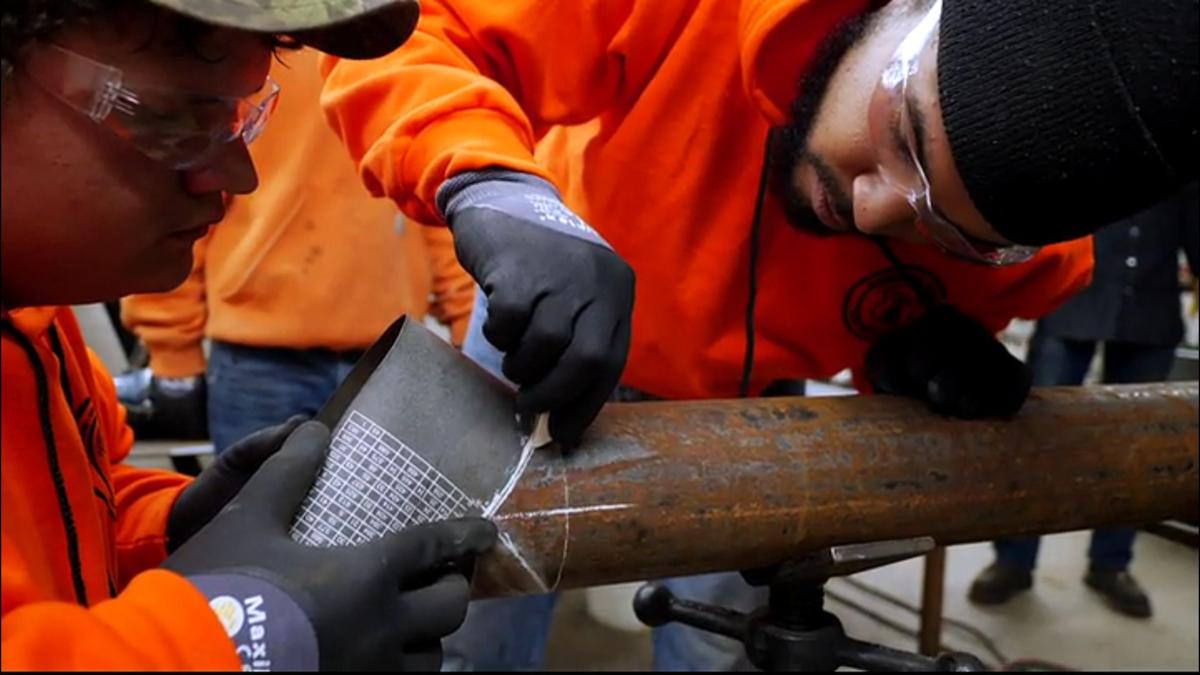 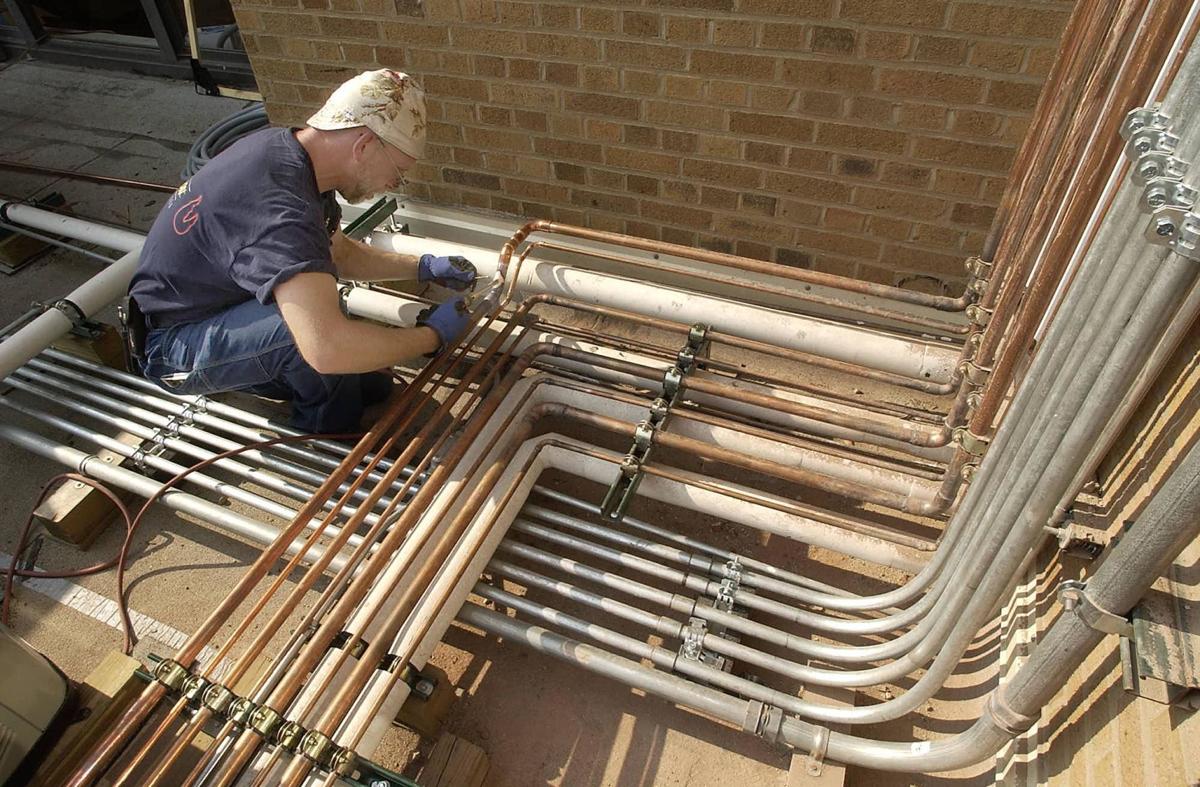 In this Pantagraph file photo from 2005, Jack Gibson of McLean, with Plumbers and Pipe Fitters Local 99 and employed by Xcell Mechanical Systems of Mackinaw, installs refrigerant line for the Bent Elementary School air conditioning in Bloomington. The school installed 19 new air conditioning units in the summer of 2005.