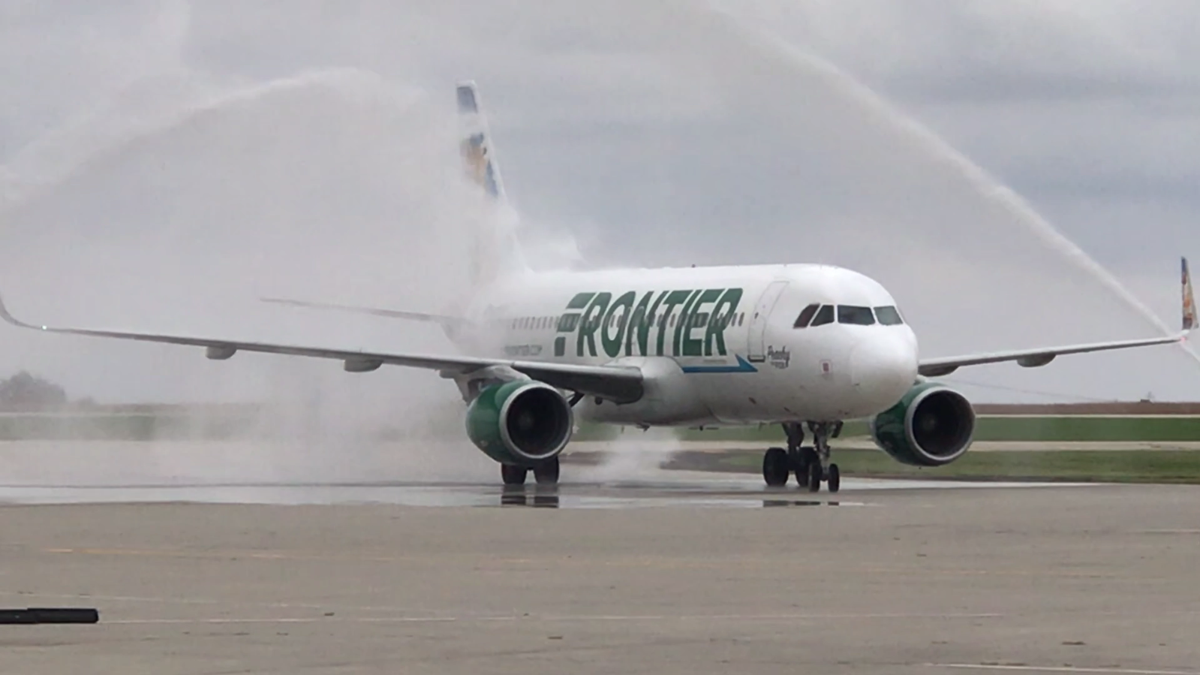 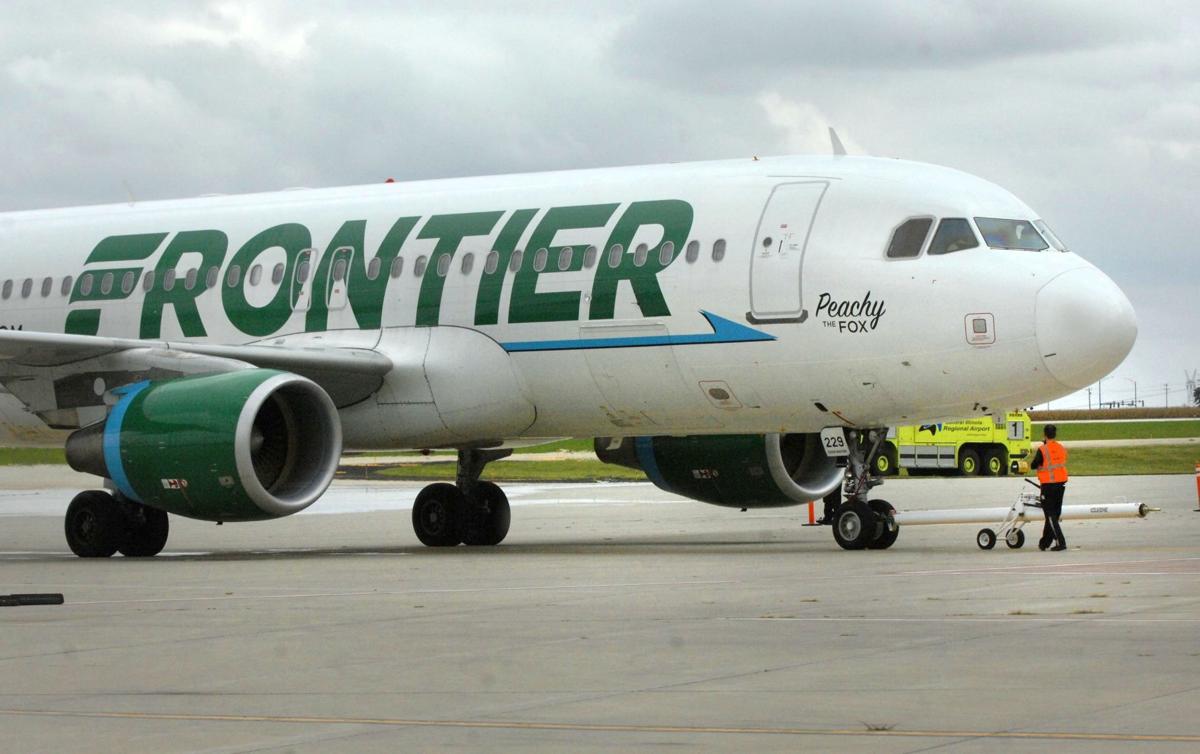 BLOOMINGTON — Robert Moore was a little bemused by the fanfare as he waited to board Frontier Airlines' first flight from Bloomington since 2015.

"My wife was on the last flight in (from Denver in 2014). I don't think she got this kind of party," he said with a laugh. "I'm glad. It's a great thing for Bloomington-Normal."

Moore flew Frontier from his former hometown of Bloomington to his new hometown of Denver as part of the airline's triumphant return to Central Illinois Regional Airport on Monday.

Frontier and CIRA officials held a ribbon-cutting ceremony and showered the first plane from Denver to Bloomington with water cannons in celebration of ongoing flights to Denver, which started Monday, and to Orlando, starting Oct. 2.

The airline flew the same routes from May 2012 until December 2014 for Denver and April 2015 for Orlando. Frontier previously provided air service from CIRA to Denver from 1997 to 2001.

"One big difference is we're under a very different business model," said Scott Fisher, Frontier's senior director of ancillary sales and loyalty, of why residents can be confident the airline will stay at CIRA after two false starts. "The company has become much more stable and profitable, and it's growing rapidly. ... Bloomington is part of a much larger growth story (for Frontier)."

"Denver is our home base and a growing metropolis, so it's got massive demand for the summer and winter," said Fisher, who also promoted the introductory fares on those routes available for a limited time at flyfrontier.com. "Orlando is an obvious choice in terms of leisure demand."

An expanded schedule for the Denver flights will begin Oct. 2, with flights leaving CIRA at 6:35 p.m. and arriving at 7:59 p.m. at Denver on Tuesday, Thursday and Sunday; and departing Denver at 6:05 a.m. and arriving at 9:15 a.m. at CIRA on those three days.

Flights to Orlando will leave CIRA at 10 a.m. and arrive at 1:30 p.m. at Orlando International Airport on Tuesday, Thursday and Sunday; and depart from Orlando at 4:25 p.m. and arrive at CIRA at 5:50 p.m. on those three days.

BLOOMINGTON — Central Illinois Regional Airport will be able to clear snow more quickly and efficiently thanks to a federal award.

Airport near end of pavement upgrades

BLOOMINGTON — Bill Streenz's 82nd birthday was one for the books.

NORMAL — Two parking lots near Main Street in Normal are now clear to stay that way for the foreseeable future.