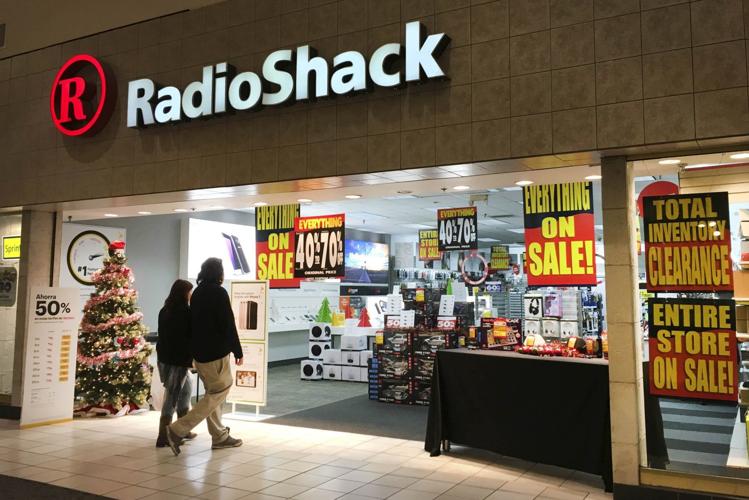 RadioShack is closing its store Jan. 28 at Eastland Mall. 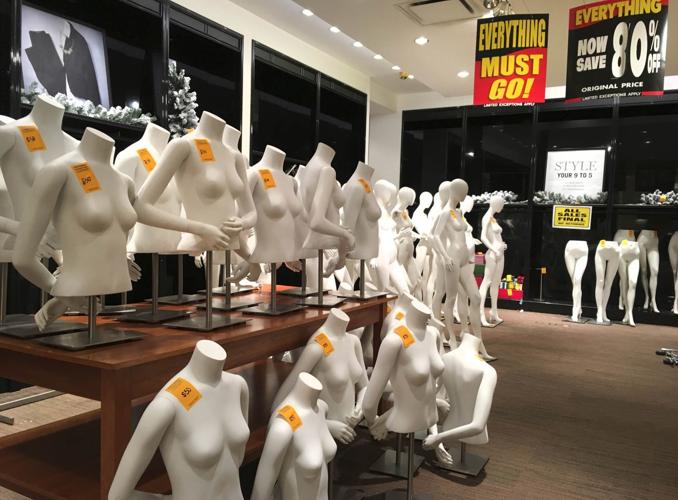 Mannequins wait for buyers at The Limited, which is closing its doors at Eastland Mall.

BLOOMINGTON — RadioShack and The Limited, two longtime tenants of Eastland Mall, are closing their doors this month.

The closings follow Macy's announcement Wednesday that it plans to close 68 stores, including its two-story anchor store at Eastland Mall.

"The information that we have is The Limited will close sometime between Jan. 7 and Jan. 15," said Melissa Cavanagh, spokeswoman for CBL & Associates Properties Inc., which owns and manages the mall.

The last day of sales at the RadioShack store will be on Jan. 28, RadioShack spokeswoman Gina Buckner said in an email.

"We're sad to see our 1615 E. Empire store location close," said Buckner in a statement. "In the normal course of business, stores open, close and move locations. We always try to keep any disruption within the neighborhood to a minimum."

She did not give a reason for the closure and did not say how many employees would be affected by the store's closing.

Corporate spokesmen from The Limited did not respond to a request for comment.

"That is a corporate decision by The Limited," said Cavanagh. "So the closure is a result of issues within that company and not due to something specific at Eastland or the Bloomington market."

The Limited will stop selling merchandise at Eastland after Saturday, employees told The Pantagraph this week. Signs posted inside the store said “Everything Must Go.” and “For Sale Fixtures, Furniture & Equipment.” The sales were final and no returns allowed, another sign noted.

Similar signs announcing a total inventory clearance and “Entire Store on Sale” were posted at RadioShack.

Macy's is anticipated to close March 31, according to CBL, which intends to purchase the location — and two others in Kentucky and Texas that will also be closed — from Macy's for $5 million.

CBL has had some discussions with prospective tenants to convert the space with retail, dining and entertainment options.

Cavanagh said she has no information about new tenants that might occupy The Limited and RadioShack spaces.

"We have a full team of leasing professionals who are constantly working to bring in quality tenants and the best stores to Eastland," she said.

The Limited closing will affect about 20 employees. The store opened in 1984 when the mall added the Kohl's wing. In 1993, The Limited doubled in size to about 8,000 square feet when it moved to a remodeled space in the main concourse.

In 1994, RadioShack moved its Bloomington store from the former Colonial Plaza, 1500 E. Empire St., across the street to Eastland Mall.

BLOOMINGTON — The Macy's store at Eastland Mall in Bloomington is among 68 stores the national retail chain plans to close this year.

BLOOMINGTON — A buyer wants to develop the site of the former General Electric plant in east Bloomington into a shopping center, but the deal …

Bloomington-Normal has seen continual change in retail in recent years, from the loss of Eastland Mall anchors Macy's and J.C. Penney to the r…

RadioShack is closing its store Jan. 28 at Eastland Mall.

Mannequins wait for buyers at The Limited, which is closing its doors at Eastland Mall.