BLOOMINGTON — Every day for 30 years, David Segneri looked up at the Tower Center lights on his way to work there in downtown Bloomington.

One Monday morning, the strobe light about halfway up the 420-foot tower was black.

“I thought it was hit by lightning,” Segneri recalled. “So I got all the replacement parts and went up top, prepared to completely replace the strobe, and I found a black T-shirt pulled down over the strobe. Somebody had climbed the tower over the weekend and put their shirt over top of the light.”

Years later, that black T-shirt, emblazoned with a bald eagle backed by purple lightning, was one of the last items taken from Segneri’s office at the base of the Tower Center, 520 N. Center St.

Segneri and his wife, Kristyne, owned the tower as part of their business, TeleCourier Communications, from its construction in 1987 until December 2020, when the tower was sold to Everest Infrastructure Partners and the building below was donated to the McLean County Center for Human Services.

During their time providing telephone, radio and other network service to the area, the tower became a sort of landmark for Bloomington, lovingly nicknamed the city’s “Eiffel Tower” by some residents.

“You never know when you’re going to do something like that; it wasn’t intentional to make a mark,” Segneri said. “One of the things that we were looking for when we built the tower was a symbol of strength and permanence for our business. … It’s hard to see (the business) coming to an end, but things evolve. Technology evolves and people get older, so you have to be ready for the change.”

The T-shirt incident wasn’t a common occurrence and was never the typical way they changed the lightbulbs.

But the first step was the same: a trip up the service elevator.

“In the beginning, we did have a lightbulb to change; it was a strobe light, but the bulb would last around a year,” Segneri said. “We had our own employees that used to go up. … Now, the lighting technology’s changed substantially and they're LEDs, so there really are no bulb changes.”

The tower is lit by three bulbs: two on opposite sides at 200 feet and one at the top.

“The idea is you can see the lights approaching from any direction,” Segneri said. “It changes the intensity between daytime and nighttime to about one-tenth of the brightness. If you look carefully, the daytime flash is a very crisp single flash, and if you look at it at night, it’s much dimmer but it’s a stutter of about five shots so it stays on longer to make it more visible.”

Today, AT&T monitors the lights 24/7, reporting any outages immediately so the Federal Aviation Administration and local air traffic are kept informed, though Segneri said the height and location of the tower don’t make it a hazard to air navigation.

Pittsburgh-based Everest Infrastructure will manage maintenance work now, as the Segneris leave the business behind.

“I’m 68. It’s time,” Segneri said. “I feel like I’ve already worked two lifetimes. You know, these businesses were all 24-hour-a-day business and a lot of times seven days a week, and it’s just time to go.”

When the tower was still under construction and retirement never crossed his mind, Segneri said he and the building crew were taking a lunch break one day within the first two weeks of breaking ground and suddenly they saw a man on the tower.

“We look over and there’s somebody climbing the tower; they’ve got a flask in their back pocket. Just some guy we didn’t know,” he said. “He said he could see that things weren’t lining up right up there and he knew how to fix that. ... He was a peculiar one.”

Over the years, countless lightning strikes have been grounded and several late-night emergency calls have gone out after someone made their way up the tower.

When three men started the climb one night, Bloomington police officers were called to the scene quickly, and Segneri said two of the men came down willingly.

And up he went.

McLean County CHS, which is home to the county's community mental health center providing outpatient services to people with behavioral health needs, started moving into the 18,618-square-foot building at the foot of the tower this fall.

The new site is three times the size of the center’s current facility at 108 W. Market St., which the CHS also will keep. The Tower Center will house the CHS Recovery Program, servicing adults with mental illnesses and focusing on individual recovery.

“The location, space, configuration and security of the Tower Center building are all perfect for us to better serve our clients and community,” CHS Executive Director Tom Barr said when the donation was announced. “This will make a huge difference for our staff and in the lives of clients, not only now but for years to come.”

Flick Fact: About those who still talk on their cellphones while driving... 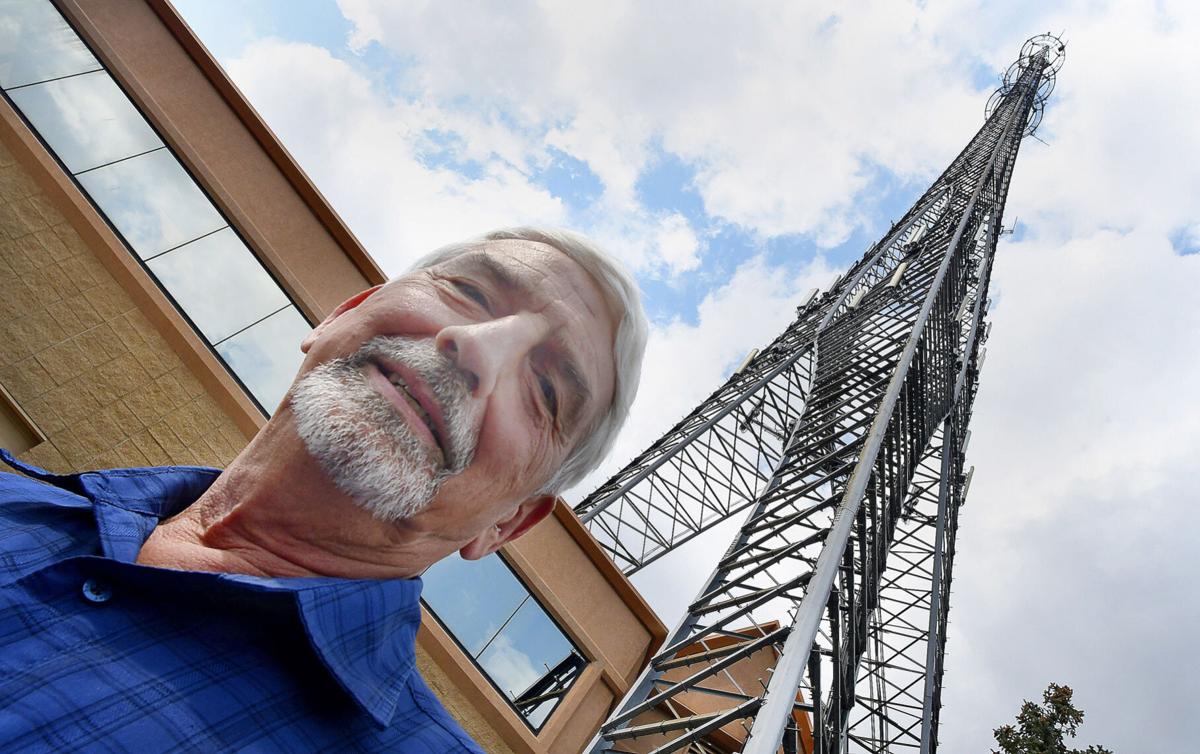 David Segneri, former owner of the tower that was built by TeleCourier Communications in downtown Bloomington, is still keeping communications signals spreading out across Central Illinois on Sept. 14. 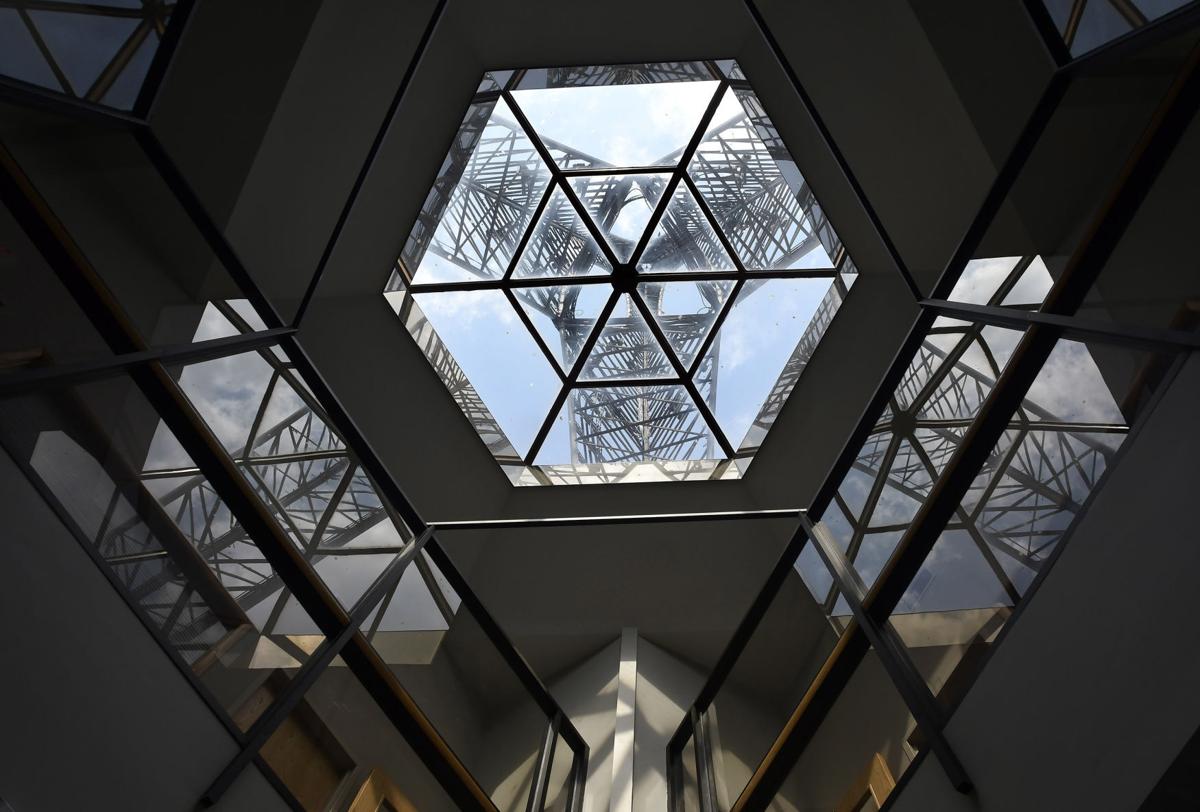 Windows in the building below the 420-foot-tall tower look up between the tower's three legs in downtown Bloomington on Sept. 14. 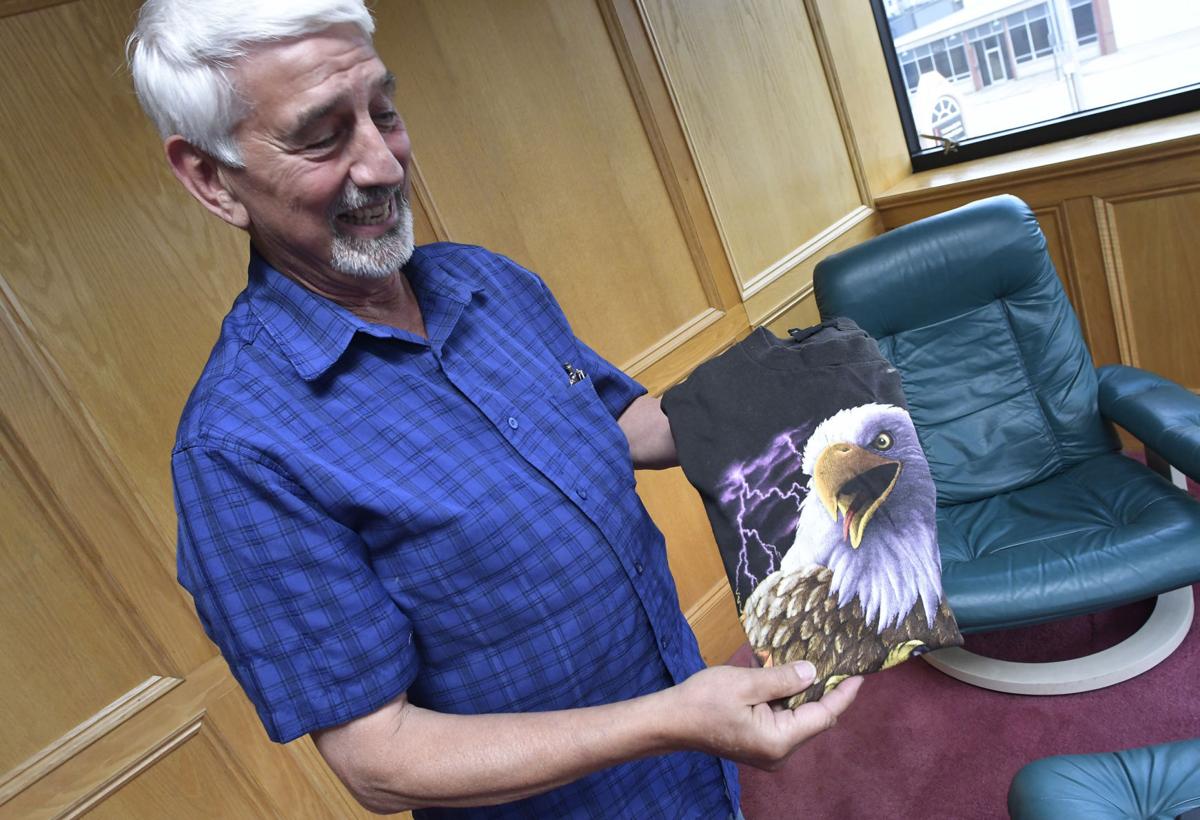 David Segneri, former owner of the tower that was built by TeleCourier Communications in downtown Bloomington, on Sept. 14 shows an eagle-emblazoned T-shirt he keeps as a reminder of the tower's history. 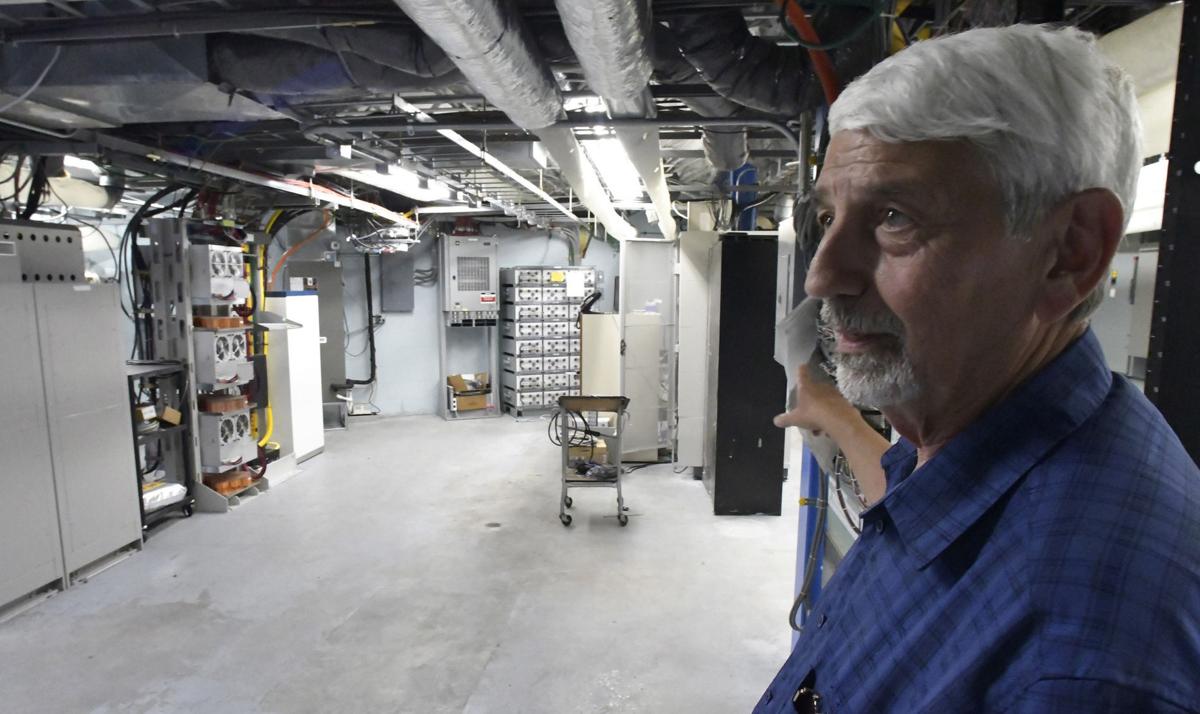 David Segneri, former owner of the tower that was built by TeleCourier Communications in downtown Bloomington, looks at a variety of equipment that still pump out signals on Sept. 14. 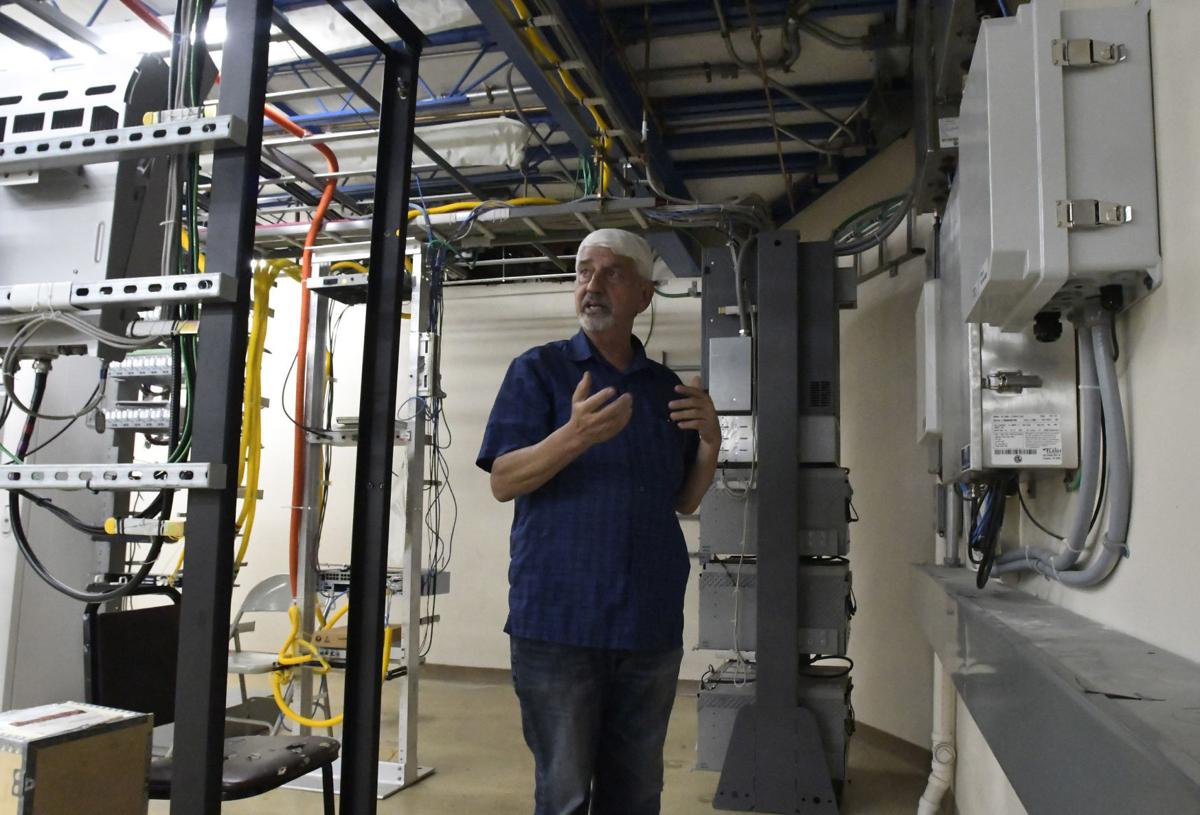 David Segneri, former owner of the tower that was built by TeleCourier Communications in downtown Bloomington, said a variety of businesses still rely on the tower's technology on Sept. 14.