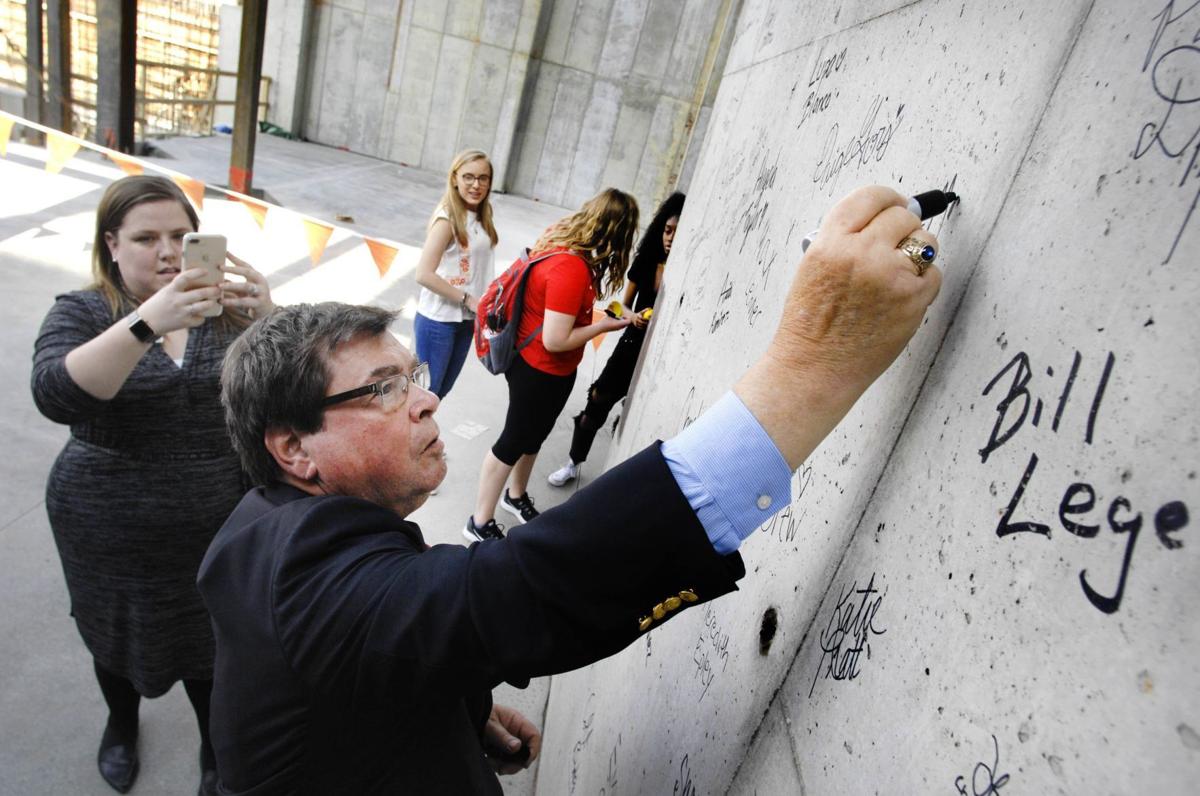 Illinois State University President Larry Dietz writes his name on a wall that is part of the construction of the Bone Student Center revitalization project. 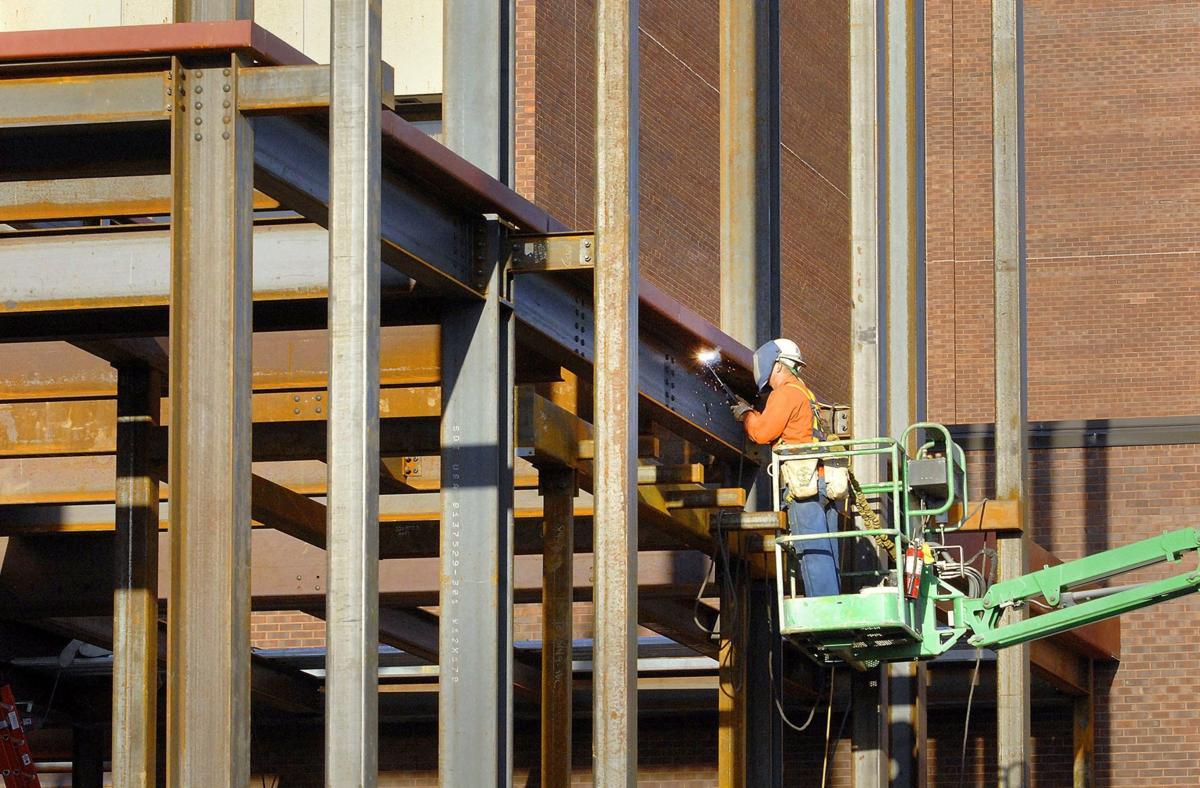 A welder assembles structural steel that is part of the welcome center east of Bone Student Center at Illinois State University. The welcome center will be a central receiving point for visitors to the school.

NORMAL — More than 500 people have left their mark — literally — on the revitalization project at Illinois State University's Bone Student Center.

The university teamed with general contractor Core Construction to give people a behind-the-scenes look at part of the $33 million project that began in September. They also had an opportunity to sign their names on a concrete column with a permanent marker.

The first phase of the project is expected to last through February. Erin Watts, assistant director of event management, dining and hospitality, said the event was scheduled now because “a lot of seniors are graduating and we wanted them to be a part of it.”

As construction proceeds, the names on the column will be covered. However, Bill Leggett, director of event management, dining and hospitality, said the university plans to take pictures of the names “to capture the memory of it.”

He told students, "Now you get to be part of history."

Many of those who wrote their names didn't wait for the university to “capture the memory.” They took pictures of themselves, posting them on social media. Some held small foam “hard hats,” about as big as the palm of your hand, that were given out as souvenirs. A few included hearts or messages, such as "Redbird 4 Ever."

“You walk in and see it half-completed … and it's awesome,” said Ken Murphy, a junior from Marseilles who was among those who signed the column. He is looking forward to seeing the project completed before he graduates.

Freshman Miranda Long, from Rock Falls, said, “I thought it would be really cool to sign my name and see everyone else's name on it,”

The student center opened in 1973.

A welcome center and admissions offices are part of the project.

“The third floor is where all of our new Redbirds will start their journey,” said Leggett, as he gave participants a mini tour. "This is going to be transformational, that's for sure."

Molly Davis, an ISU graduate who signed her name with co-workers from the admissions offices — currently housed in Hovey Hall — is looking forward to the move.

“This is huge for us. This will be the front door for all of campus,” said Davis. “This is going to be a hang-out place for students, a study space, a place to get food.”

Leggett gestured to the future first-floor homes of Starbucks and the Barnes & Noble bookstore as well as the location of what will be “the grand staircase” that will be aligned with the overpass that takes pedestrians over College Avenue to the main campus and the quad.

An accessible ramp and a pathway to an elevator will be in the staircase area.

Tom Cole, project manager with Core Construction, said, “This is the biggest ramp I've ever built in my life.”

Part of the complexity of the project is tying together the addition to four different structures, explained Cole. In addition to the grand stairway, there is a multi-story addition that will include an information center for visitors and students.

Wet weather in March and part of April posed some challenges, Cole said, but “we're on schedule for the most part.”

The redesigned west entrance is expected to be completed in the fall. The Brown Ballroom will close in mid-June after the Special Olympics for a redesign that will include adding a reception area. The redesign also will make it easier to partition the ballroom into smaller spaces. Plans call for it to reopen in time for Founders Day in spring semester.

The project was approved by the ISU board of trustees a year ago. It is being paid for primarily with reserve funds; no tax money is being used, university officials have said.

Other parts of the overall project that are less visible to the public include moving catering facilities and improving the loading dock area.

NORMAL — Preparation work has begun for a two-story addition to the Watterson Commons dining facility that will be completed in the spring.

Illinois State University President Larry Dietz writes his name on a wall that is part of the construction of the Bone Student Center revitalization project.

A welder assembles structural steel that is part of the welcome center east of Bone Student Center at Illinois State University. The welcome center will be a central receiving point for visitors to the school.